A Few Words On The Tragic Passing of Duncan McNiff 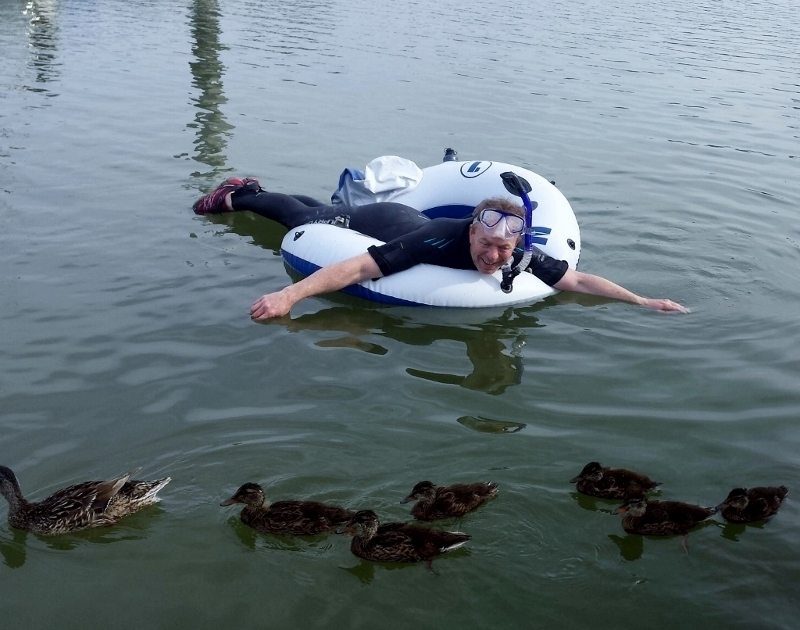 If ever you needed proof that death is an ass who often applies neither rhyme nor reason in his choosing, Greystones has just experienced a shining example. 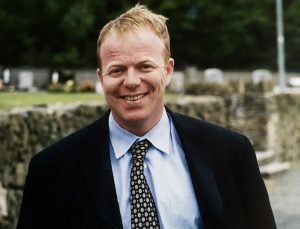 What is forgivable, and understandable, is when you have two fine old Greystones gentlemen passing away in the same June week who each happen to be at the ripe old age of 94.

What isn’t forgivable, or understandable, is when, still in the month of June, you have a happily-married, 49-year-old father of three being stopped mid-life, mid-flight, mid-sentence.

Before he moved to San Francisco in 1995, Duncan was lucky enough to grow up in Greystones a son of Gwen and Peter McNiff, sharing his good fortune with older brother,Gavin, and younger brother Bennet. In a family not exactly short on wit and imagination, Duncan somehow still managed to be the joker of the pack. That wacky sense of humour would serve this young man well too when it came to finding his place in the world too. 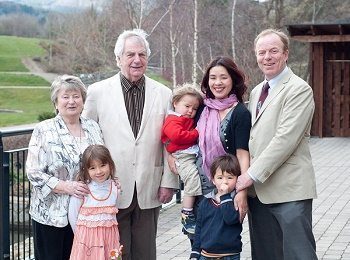 After the traditional stints at St Brigid’s and St. David’s, Duncan headed off to agricultural college – where his years of hard study led him to the conclusion that there was buckets of money to be made going around nightclubs with buckets of roses. And he was right.

It was hardly surprising then when, having settled in the US, Duncan became the Broccoli Baron of America’s West Coast. Like Greystones own Jolly Green Giant, Duncan exported tons of broccoli to Japan.

Of course, it might just have been his way of getting them back for Pearl Harbour. 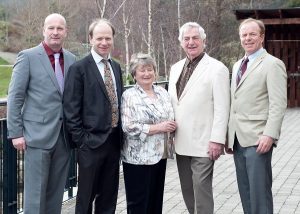 It wasn’t only the green stuff that was keeping Duncan in San Francisco though. That’s where he left his heart, after all, when he met Ikue, the two marrying in a Buddhist ceremony in Palo Alto in 2005. Their first child, Kana, soon followed, as did boys Lachlan and Hugo.

Suffice to say, Duncan McNiff was a happy man.

Truth be told, I don’t think I ever saw Duncan without a smile on his face. And it was a smile that always suggested that he was onto something. And, quite possibly, up to something.

Which makes it all the more difficult to accept that he’s gone.

It’s disorientating when the good ones are taken early. Is this some kind of test? Is it a warning that death can strike at any time? Or maybe it’s just a simple reminder that life is largely random, and, hey, you might as well get your happy on right about now…

For those of you who would like to hear Duncan’s voice, and wit, one more time, a San Francisco friend has pointed us in the direction of a collection of audio diaries he kept, which are available to listen to on Soundcloud right about here. Wonder where that journalism gene came from…?

In the meantime, Duncan, baby, we’ll catch up with you soon enough. So, if you could sort out some tidy accommodation, and figure out a few tricks for getting ahead of the pack, we’ll fix up with you when we get there…

Duncan’s fellow sailing nut David Roche came up with the fine idea of meeting at the anchor on Friday, June 24th at 10pm – whilst the funeral service was being held across the Atlantic – to raise a toast. Luckily, Dann’s was nearby too, but the weather held for the 50 or 60 people who came, spoke a few words, sang a song and then marched on. To Dann’s.
Also, there’s a Go Fund Me page set up for Duncan’s family, set up by friends in San Francisco. You can donate right here.

My deepest condolences to Duncan’s family and all those who had the great fortune to call him friend.

Thank you Anton for the podcast link and spot on reminiscence. Duncan was an ‘original,’ a natural entrepreneur, teacher, listener, talker, writer, philosopher, sailor, cook, provocateur, a shining SF soul.. a truly amazing father, husband, son, brother, friend – as genuine as they come. It was always a laugh if you were riding shotgun with him, the rants & jokes & detours. He loved walking too, urban meander or into nature, especially Tomhenge’s gold mining claim in the Sierras.

Duncan and I met in the 23rd St. guest house when we first landed in SF in ’95… I can see him clearly in the Victorian bay window, debating enthusiastically with Brendan Doran about Japan. Our first road trip was a spur of the moment drive thru the night to the ’95 Burning Man, in the Black Rock desert, NV… we arrived at sunrise, & walked in over a ridge to save a Jackson… our tent was a tarp held aloft by crutches – crutch-camp. Or, as Duncan wrote in his last email to me on June 8th, ‘One of my very good memories in Life 1995 /96 ? burning the man ..’

Duncan was one of the most kind, alive and vital persons that I ever met. He will be missed till the grave, when the next session begins. I love you dear friend. You and Ikue raised three angels in Benicia, CA. RiP.

In case anyone didn’t know, Duncan enjoyed recording some of his conversations and thoughts:
https://soundcloud.com/duncan-mcniff

I worked for Duncan in San Francisco a few years ago. He was a great boss and full of hilarious stories and wise insights. A real gentleman. I still remember how we would drive to random parts of the city for lunch and how Duncan would strike up conversations with anyone and everyone, regardless of who they were or how much money they seemed to have or not have. He was always curious about people. He will be missed.

Well sniffer thanks for the memories never forget our days growing up in greystones hanging out in double deckers drinking gwens dandylion wine, the 2 for 1 offers in flinns shop, poor old john flinns heart was broke with you, trying to teach you to drive in the southbeach car park with lango and dav.
Caffo got it right when he called you a conivor

Good bye Duncan we had happy times in St David’s all those years ago, thinking of you all RIP with the Angels x