A Fistful Of Trawlers 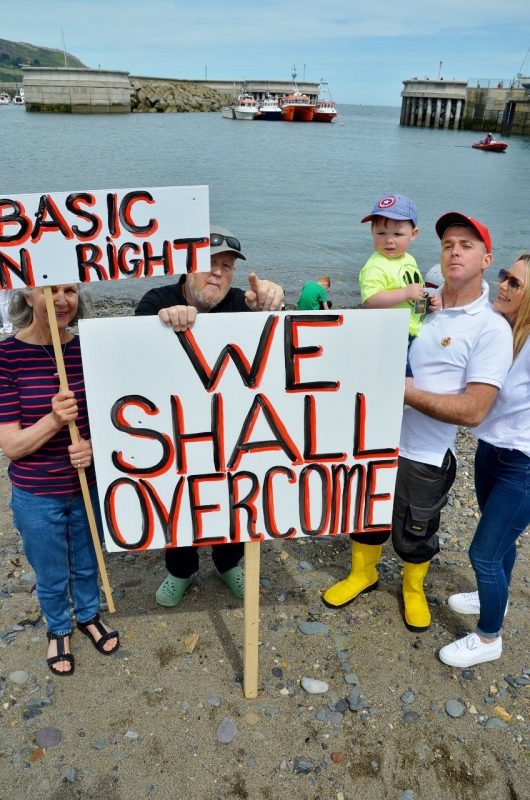 Given the headbutting in recent weeks 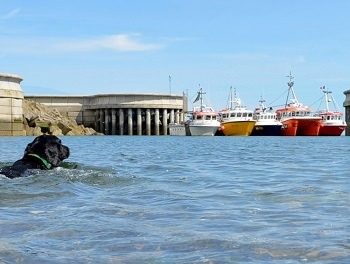 between Greystones fishermen and the harbour master, this afternoon’s marina 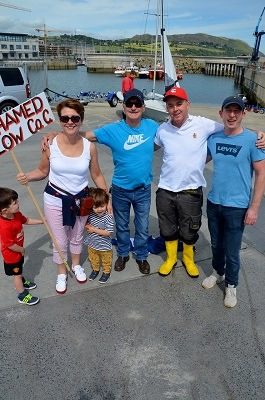 blockade was a surprisingly sunny and peaceful one.

Firstly, rather than the Mexican wall of fishing boats 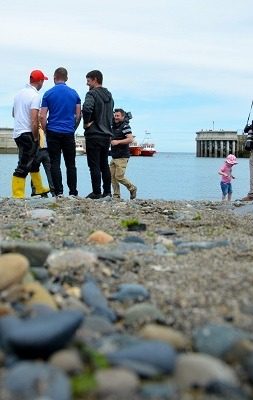 expected, there were just the five, positioned front and centre at the harbour mouth, suggesting a symbol more than a siege.

Early on, it also seemed as though, despite the loud battle-cry of clicktavists on social media, that not many Greystonians were going to join the protest this time out. Naturally, the lazy feckers were just late, having been initially outnumbered here by actual media, including RTE News.

The presence of the latter reflects just how urgent the allocation for the local fishermen of a spot to call their own has finally become, their original 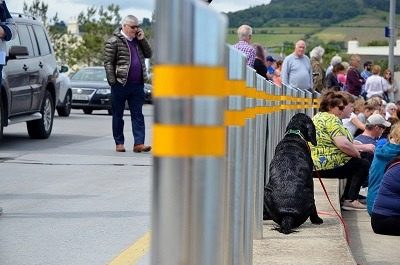 south pier landing dock having mysteriously disappeared on 2008’s new harbour plans at the 11th hour. Just like those chimney stacks up at The La Touche Hotel.

There is a definite light at the end of this long, dark tunnel though, with all parties having agreed to meet

next Thursday. As we’ve said before, a simple solution is staring them right in the plaice – namely, reinstating the original planned fishermen’s dock as part of the boat repair yard on that south pier. Boom!

Until that glorious day, we managed to drag Ivan Toole away from the TV cameras, councillors and well-wishers this afternoon to find out how it feels to have Sisk and co rising to the bait… 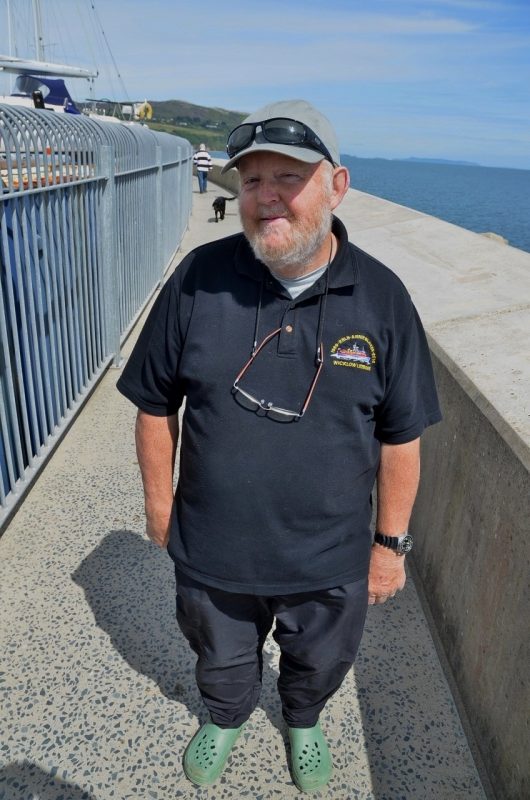 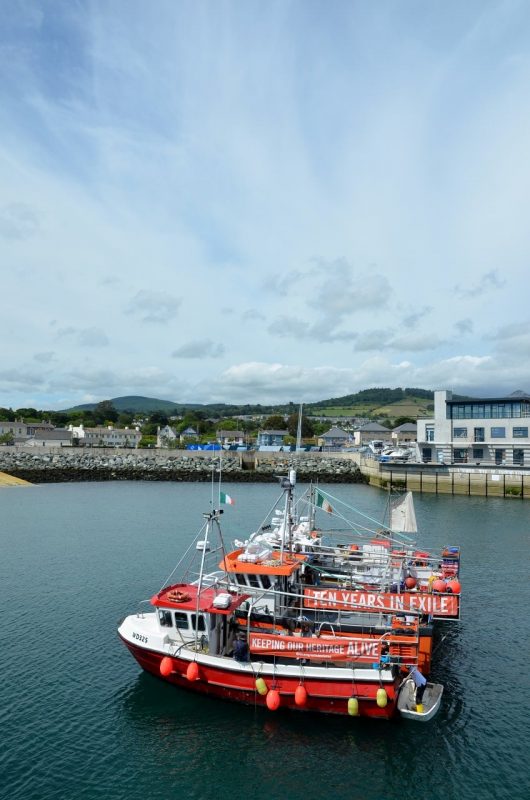 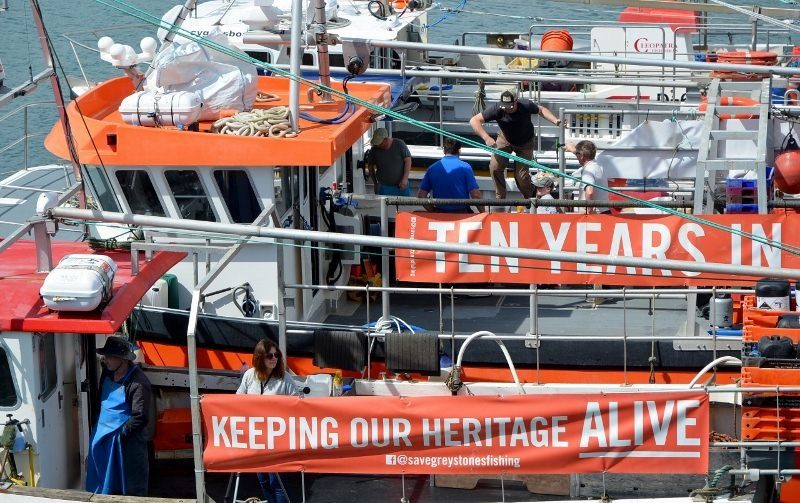 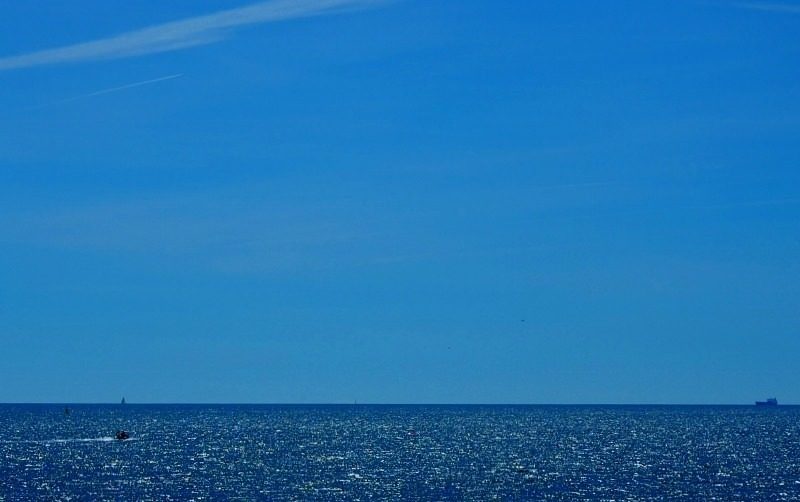 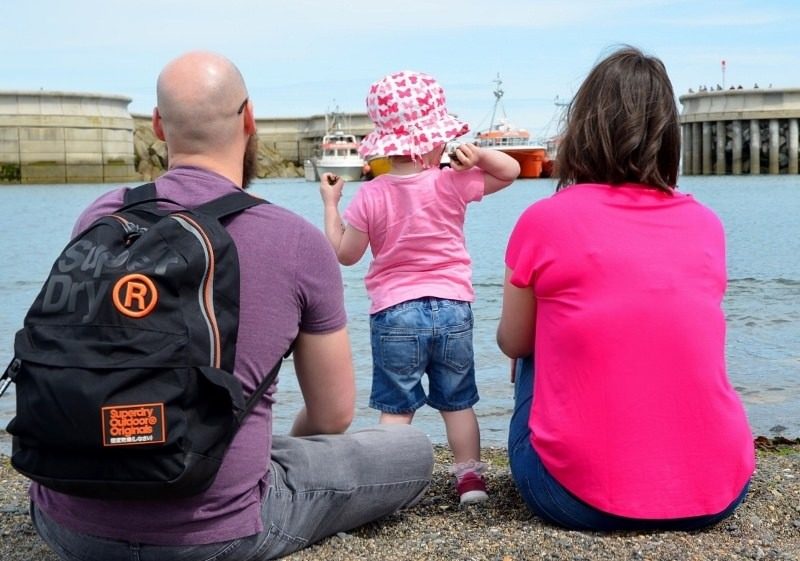 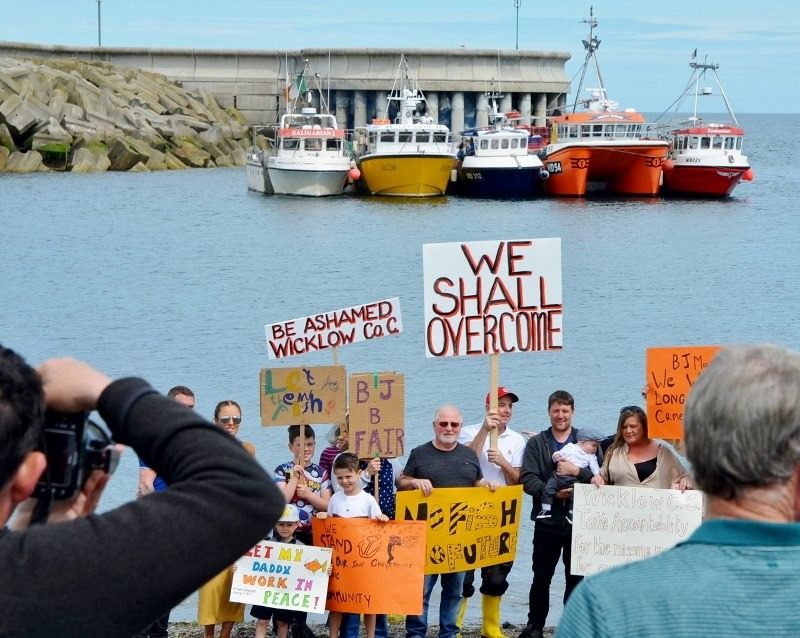 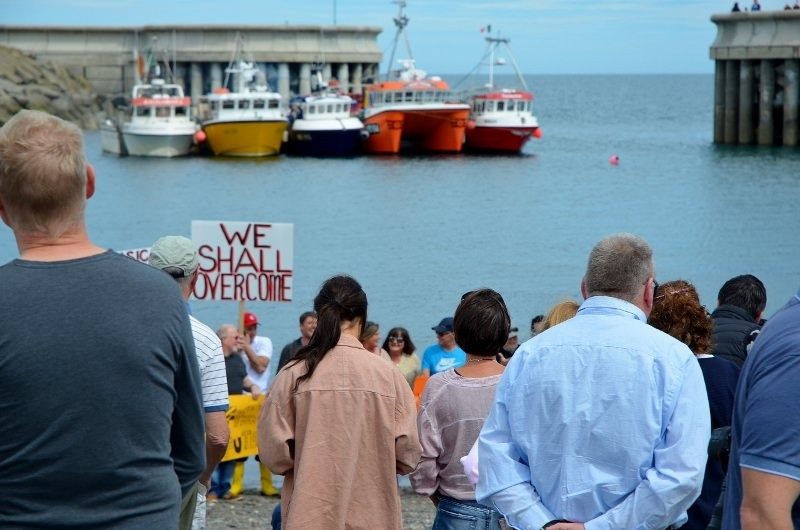 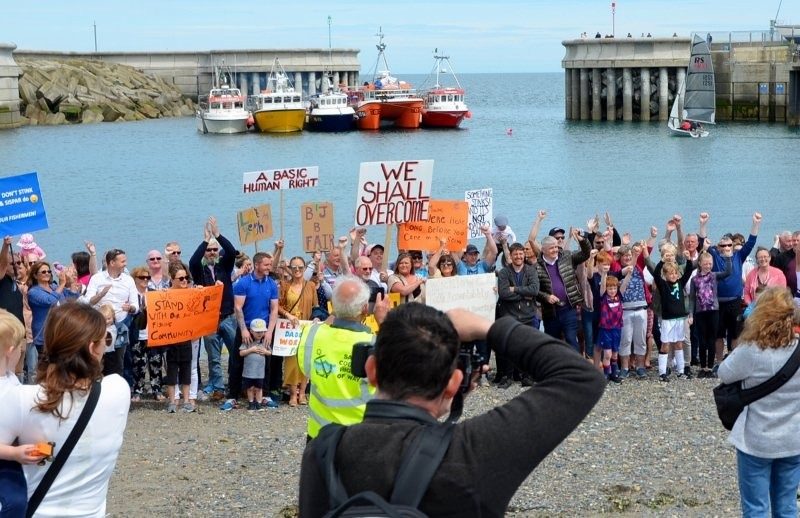 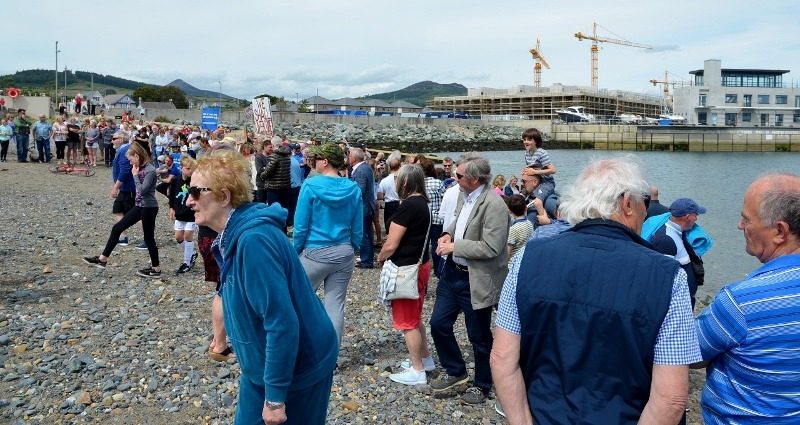 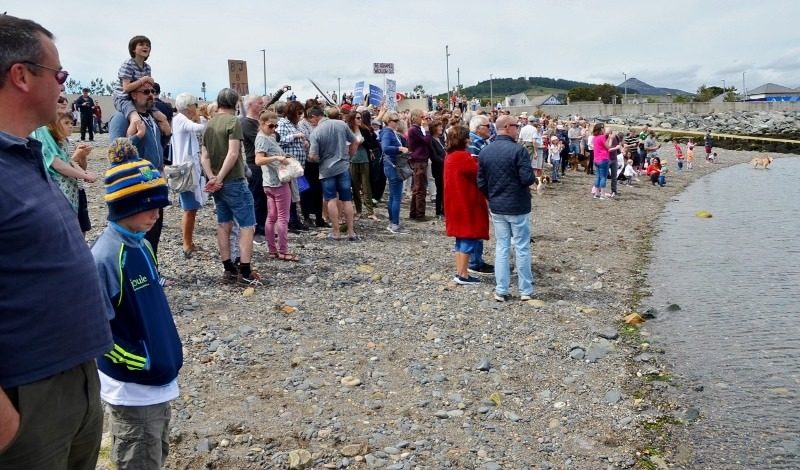 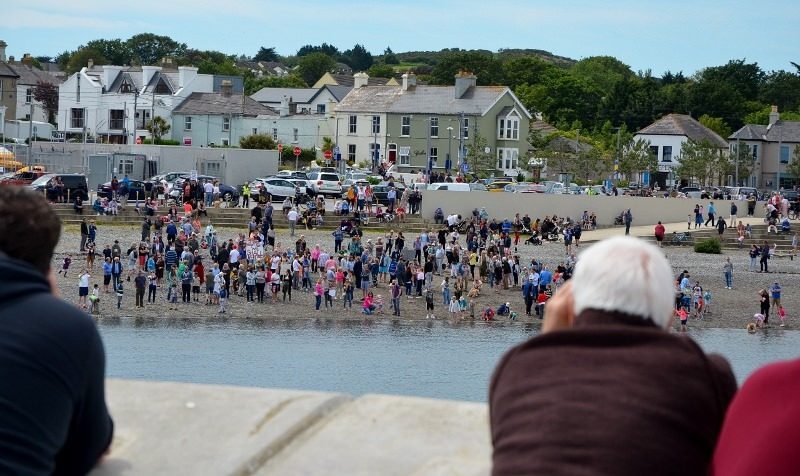 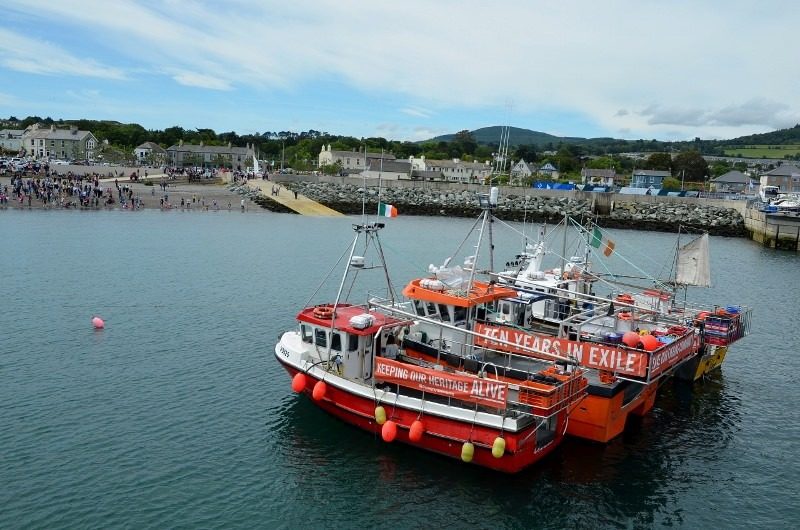 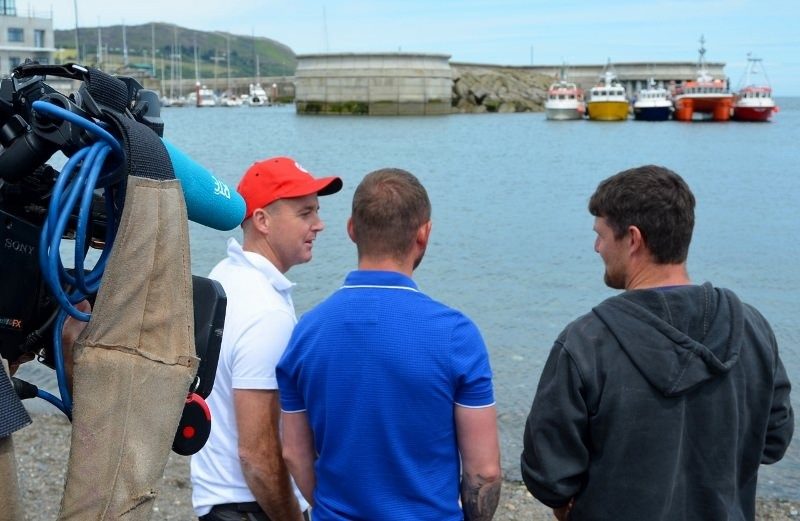 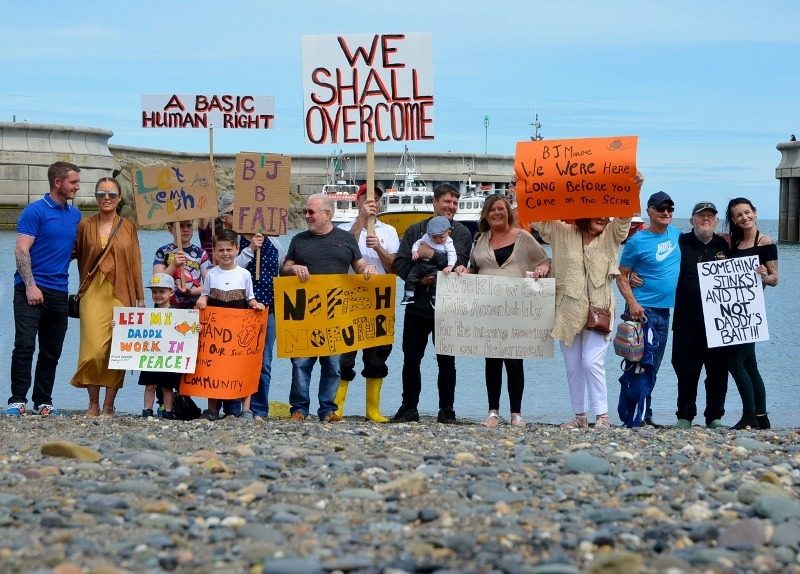 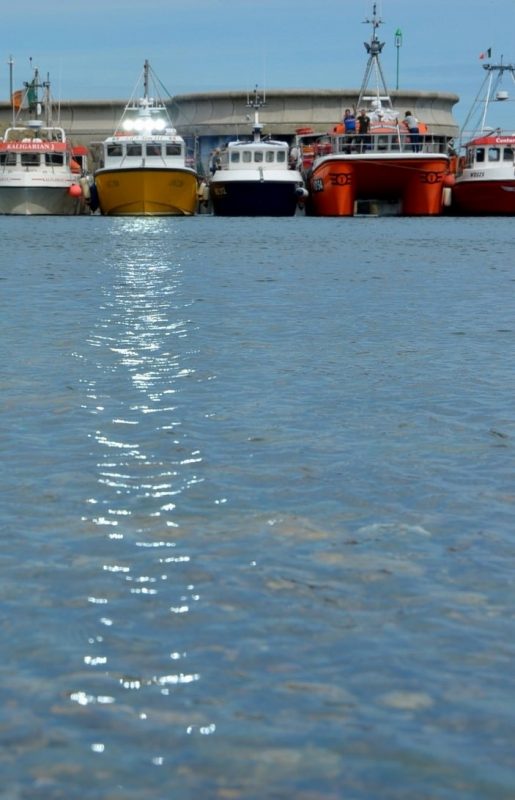 There is a light that never goes out. You can check out over 150 arty-farty hi-res shots from the day right here, and the bould John McGowan’s pics here. You can also read harbour master Bernard Gallagher’s reaction to today’s blockade here.

Have You Got Green Fingers…?

Isn’t the population of Greystones 18k+? Definitely a symbolic turn out of a few hundred (4 local fishermen’s families & their supporters &journos). Won’t a new planning application & amended bye-laws be required to accommodate the Greystones fishing fleet. Not sure what legal actions could follow from the commercial & domestic residents of the 300m marina development once completed, who have purchased in knowledge of the current planning & by-laws, once they are changed to effect this change of use. Clearly the boat is in Wicklow Co co’s marina on Thursday. One thing is certain, talk of a community free harbour is fantasy, this major new Irish marina will require just like any other harbour or Port in the State payment of fees due if an accommodation can be reached.