A Year In The Life

Lucy Sweeney Byrne on the road to Paris Syndrome 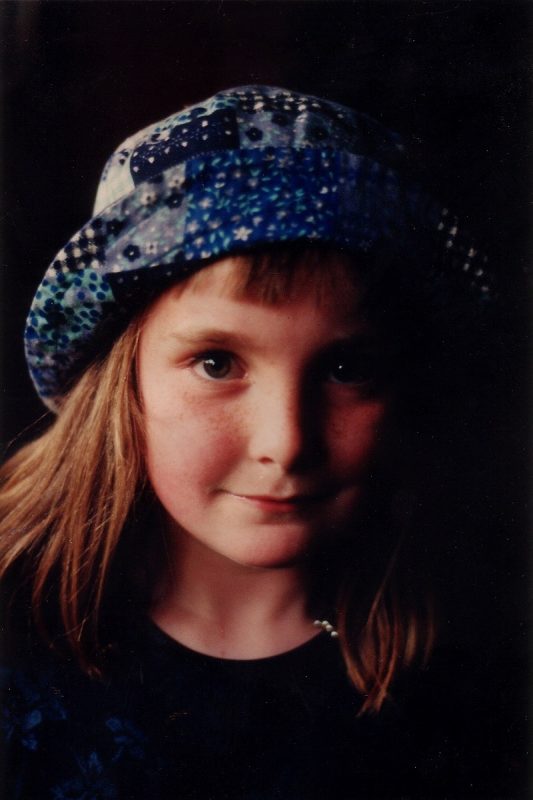 So, here we are, happily churning out three, four, 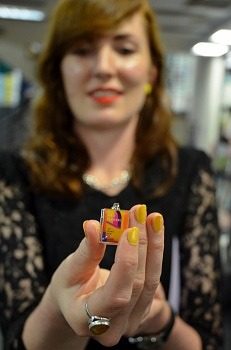 five interviews a day, and then, confronted with writing about our only child…

Then again, what to say about the most important person in your life – after Max, of course – 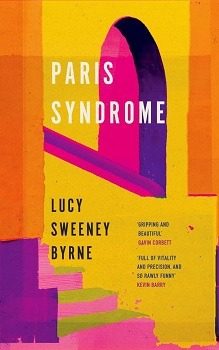 without coming across as biased and basic? All those years, taking little Lucy to movie junkets in New York, Prague, Hawaii, Paris and beyond. Always joking, always searching, always stopping to laugh at the flowers, always shooting for the stars.

And for little Lucy, what was written in the stars was writing. Just like her arty-farty mum, Cathy.

So, to be attending the launch of Lucy’s first collection of short 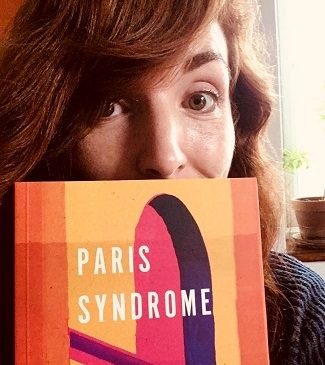 stories, Paris Syndrome, earlier this month, in Ireland’s oldest bookshop, Hodges Figgis, and to see Paris Syndrome up on their bestsellers wall, well, if that wide-eyed kid could have been there, this 221-year-old institution would have shook with that 8-year-old’s burst of unadulturated joy.

The first book from Dublin’s acclaimed Banshee Press, Lucy refuses to read the 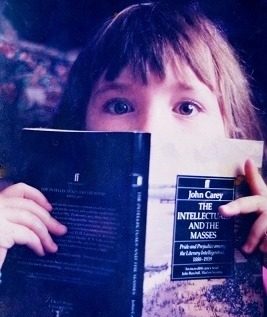 reviews, and we’re not about to burst that quarantine bubble for her here. Other than to say The Irish Times, The Irish Independent, Totally Dublin, RTE, The Irish Examiner, writing.ie and The Evening Standard all feckin’ loved it. Kevin Barry – who was shortlisted for this year’s Booker Prize – reckons Paris Syndrome is ‘full of vitality and precision, and so 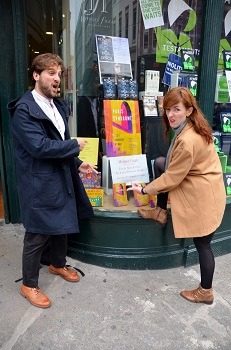 And he’s not wrong. A travelogue of sorts, Lucy recounts her adventures in Mexico, New York, Texas, Paris and beyond, as well as her adventures in, and out, of love. Brutally honest whilst also being shamelessly poetic, young Lucy isn’t afraid to call a spade a little fucking shovel.

Must have gotten that from her mother. Who, by sweet 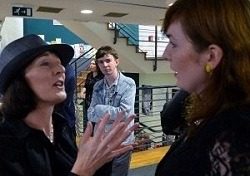 coincidence, has just signed a book deal to release her first short story collection next year.

So, naturally, we had to ask young Lucy to take part in our Tracks Of My Years column, listing her inspirations and heroes. And being Lucy, she decided to avoid the obvious – “Including The Beatles would be like including water” – and to keep it short. And sweet.

The Matrix (strictly just the first movie – I pretend the others didn’t happen).
I remember being nine years old, and my father, Mr. Greystones Guide himself, telling me he’d finally managed to get his hands on a movie that I was going to love. He’d tried to take me to the cinema to see it, but, naturally, we hadn’t been allowed in – I think it was a fifteens. Far to much existential doubt for the little ’uns. Not for me though.

Within a matter of weeks of getting the DVD, we’d seen it seven or eight times. My little mind was blown. Questioning reality was in the air in the nineties; it was inherent in the world of my upbringing. Even Spiceworld: The Movie had an alien visitation. But this was different. This was spoon-bending. This was ‘anything’s up for grabs’ stuff. I still watch it every year – for the sense of almost chaotic creative freedom, and for the bitchin’ leather.

(The other films I might have chosen as inspiration are, in no particular order; Ran, Stalker, Synecdoche, New York, The Odd Couple, Sense And Sensibility… The list goes on.) 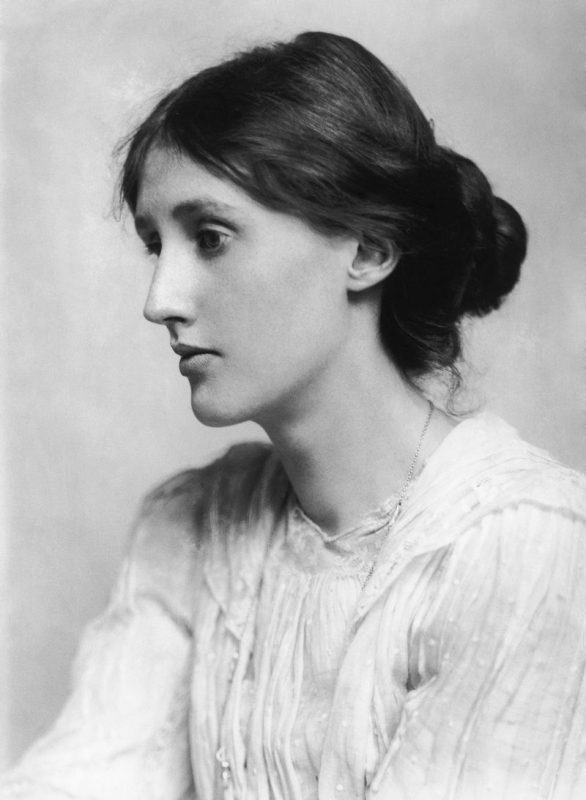 Virginia Woolf
What was it Aristotle decided, all those years ago? That plot was the most important element, and that this consisted of a person’s actions, played out – that things (well, ‘tragedy’, in his words, but this now translates as all good, proper, true things, I gather) could be written without character, but not without actions. It was all about plot ploppity plot. For years! Then, for me at least, along came the Modernists. Along came Woolf.

And suddenly, plot was relegated. The internal world was a valid topic. Mrs. Dalloway, To The Lighthouse, and then, later, my favourites, The Waves and Between the Acts. Thoughts and feelings could carry a book, a single perspective was valid enough to represent the universal, synecdochally. And, more importantly, it was intensely pleasurable to read. 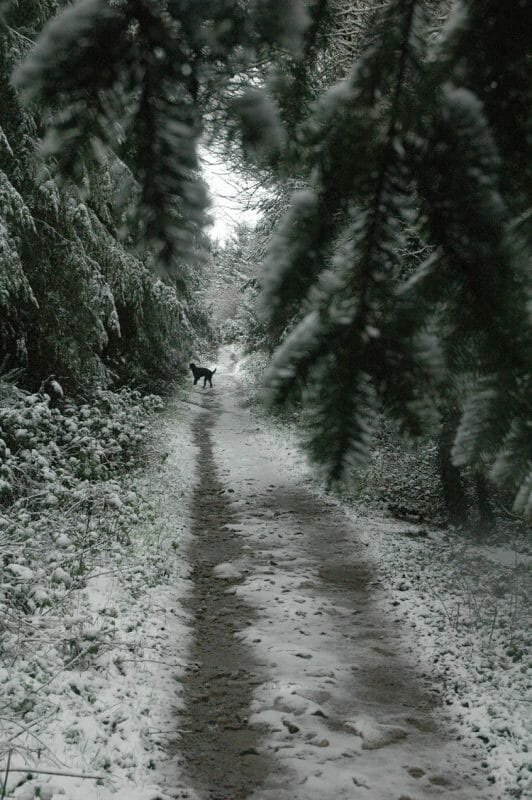 The Wicklow Mountains
I could have called this inspiration the Wicklow Mountains or Max the Dog, because both, especially when combined, return to me a sense of perspective I can easily lose. Walking in the forests and hills of Wicklow with only Max for company reminds me that nothing I might be worrying about matters too much, nothing I say will be remembered, and anything I write will, eventually, scatter to the wind. In other words, it’s grand, don’t take yourself so feckin’ seriously, ya gobshite.

Miles Davis Kind Of Blue
It’s always good to know perfection can be achieved, and that it already has been. After Kind of Blue, anyone making any kind of art has just been invited onstage to participate in the encore. It’s done, we’re done, finito. Actually, I could go back further and say this of Bach’s Cello Suites, but there you go. Let’s give it to Miles. 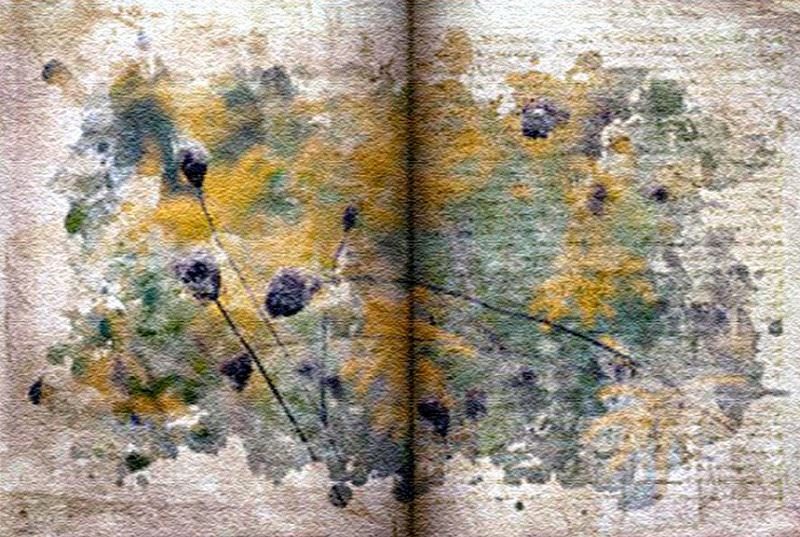 Louis MacNeice Autumn Journal
Well, what can I say? I can’t imagine autumn without it:

Who am I – or I – to demand oblivion?
I must go out to-morrow as the others do
And build the falling castle;
Which has never fallen, thanks
Not to any formula, red tape or institution,
Not to any creeds or banks,
But to the human animal’s endless

You can grab your copy of Paris Syndrome right about here. Or in The Village Bookshop. Do it. Cover pic by Eric Savoie.

Put Your Money Where Your Town Is