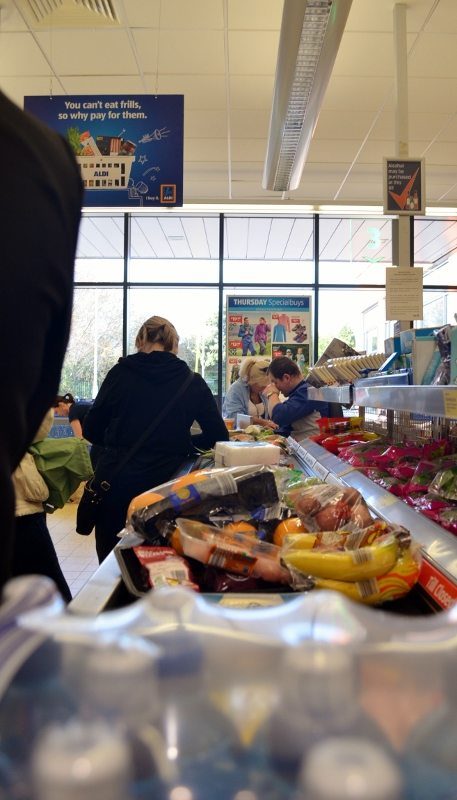 In a move that will be welcomed by many in the area who just might have something else to do with the rest of their day, the discount superstore Aldi have decided to introduce a new 1,000 Items Or Less queue at their Greystones branch. 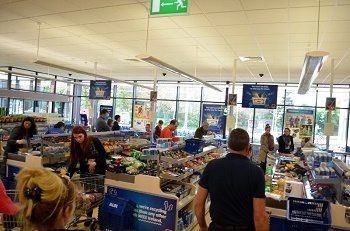 The German retail giant with almost 10,000 stores in 18 countries decided to use the County Wicklow outlet as a guinea pig for a new pilot scheme to reduce checkout stress.

Having examined video surveillance at their headquarters in Essen, Germany of all their stores, a spokesperson from Aldi – one Nieotrzymanie Bezrefundacji – stated that the company was alarmed at the Greystones footage, and what he described as “incredibly red faces” and “a growing barrage of foul language in front of minors”. 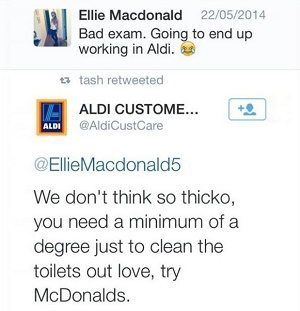 Having only arrived in Ireland in 2009, Aldi’s market share in this country has quickly risen to 10.9 percent, whilst in 2010, the discount supermarket chain’s revenue was a cool €53 billion.

Never one to rest on their huge financial returns though, Aldi are determined to improve turnover. And part of that determination is speeding up till times.

“We feel there are many people in Greystones, Killincarrig, Kilcoole and beyond who like to spend many hours in our store,” said local Aldi assistant manager Zwrot Mójtylek, “but we have noticed some people breaking down and crying in our queues, or trying to start small fires so they can have a hot meal while they wait.

“It is for this reason that we have decided to introduce the 1,000 Items Or Less queue,” smiled Mójtylek. “We’re determined to cut down queuing to under four hours.

“Having said that, we will continue to wait until that handsome, sophisticated, debonair guy from the Greystones Guide has painstakingly unloaded all of his shopping onto the conveyor belt at one of our seemingly endless checkout lines before announcing that we will be opening another till.

In other news, America’s Central Intelligence Agency have just bought 50 of Tesco’s self-service checkout machines, having deemed them “far more effective than waterboarding” when it comes to torturing Code Red terrorists.