Firefighters stop the blaze, but much is lost 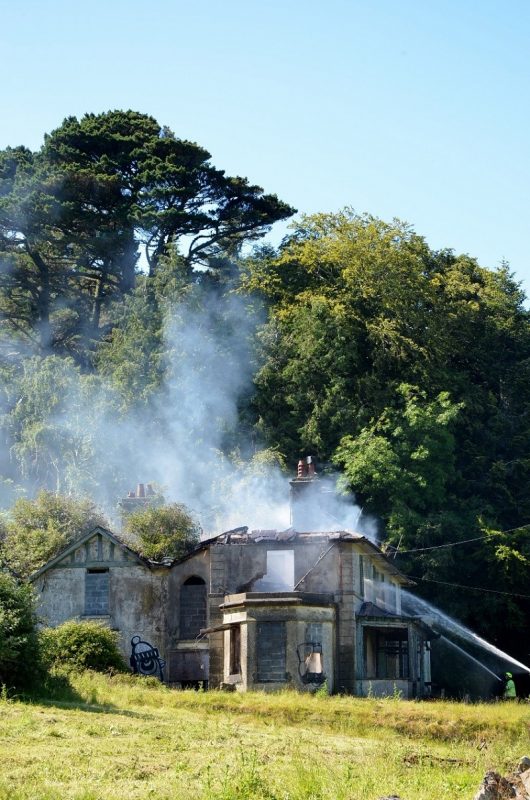 ollowing a blaze in February, another fire has broken out at the 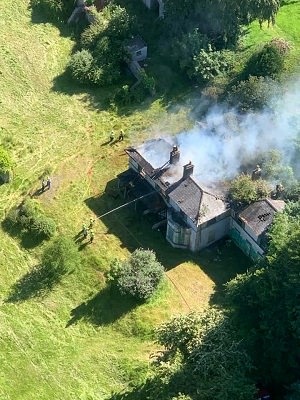 Both Greystones and Bray fire stations are currently at the scene, the fire itself have been reported after smoke was seen bellowing out of the iconic Greystones building.

Formerly the home to the Fox family, Windgates House and its surrounding 50 acres went on the market once again in June of 2017. 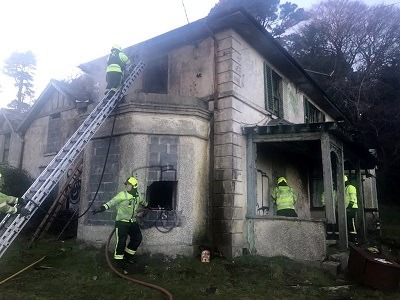 The cause of today’s fire is unknown, but, there’s very little chance that, at such an isolated location, that it was natural. Or that it was started by one of the nearby cows. 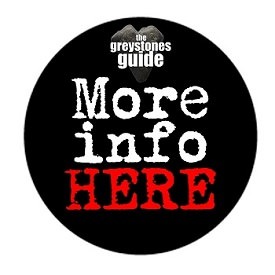 Then again, given the state of disrepair, this might just be the sterling work of Maguire & Patterson, who are always keen to help a protected house sales go through.

With the fire now under control, it’s more unlikely then ever that this building could ever be returned to its former glory. You can find out more about Windgates House here.

God Has Left The Building