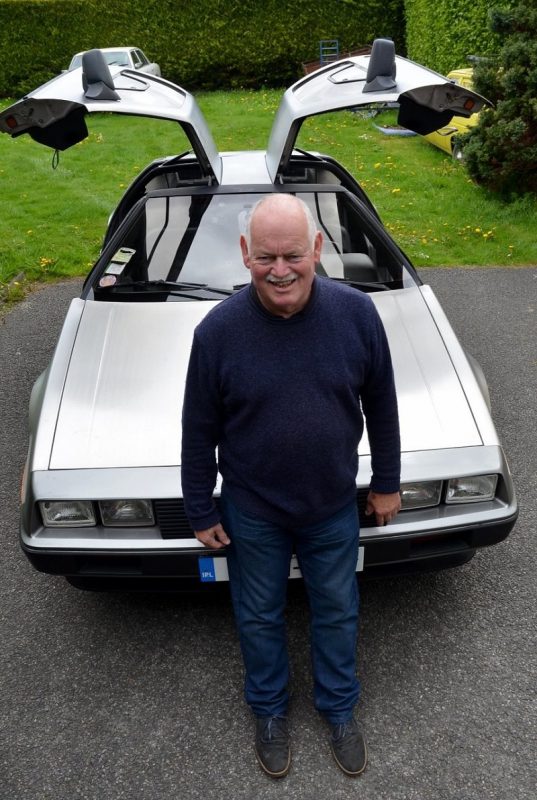 e’re guessing that back in 1981, when the production line on the

DeLorean finally chugged into action, the genius behind this future time-travelling motor could never have guessed that, 38 years later, one of his iconic creations would be sitting pretty in Kilpedder.

This was a car, after all, produced for the American market – 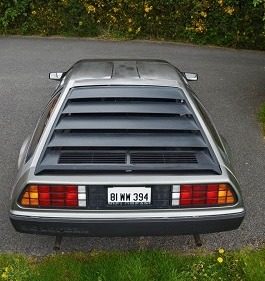 even if the DeLorean Motor Company was chugging them out in Belfast.

Famously, this futuristic, gull-wing-doored, stainless-steel-plated car didn’t have all that much of a future, arriving in the US just as the American economy

Not even when John Zachary DeLorean’s daring drive became a Hollywood star – thanks to 1985’s Back To The Future – could this incredible 2-door coupé be saved. By

the time its creator died, on March 19th, 2005, it was estimated that around 6,500 DeLoreans were still in existence.

Today, that number would have dropped considerably. Which makes it all the more bizarre that Kilpedder cat Mike Nolan should have not only a 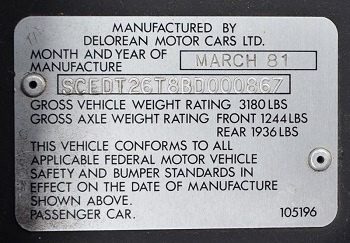 pristine DeLorean in his driveway, but also one that happens to be part of the very first batch off the factory line back in 1981.

The head honcho of the Garden Of Ireland Vintage Car Club, Mike has been indulging his passion for old cars for quite a few years now. And he’s got the wooden-spoked wheels to prove it.

So, of course, we just had to find out how time-warpingly, head-spinningly, Doc-dizzyingly devilish is it, driving this iconic car from, eh, time to time…?

You can discover more beautiful cars from the past through the Garden Of Ireland Vintage Car Club right here. Also, you can check out The Whale’s outdoor screening of Back To The Future here.