Delgany Days With Shay #12: Love On The Rocks 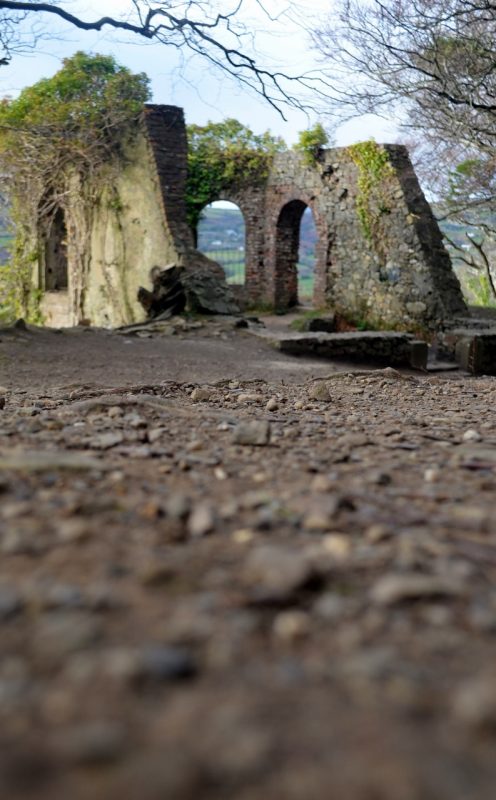 or our latest ramble chat with the mighty Shay Clear, we thought we’d 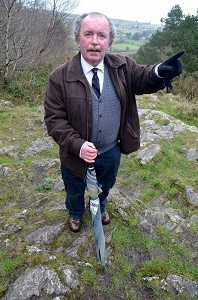 cover two of the local viewing points high up over Delgany.

In many ways, the viewing rock at the peak of Kindlestown Woods and the one at the Octagon over in Bellevue Woods serve as bookends, one looking out east, the other west, with a fine, healthy, half-hour walk in-between the two for good measure. 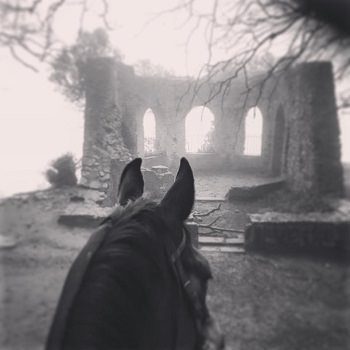 Hey, if the geese can do it, so can you.

The fact that the Bellevue House once stood between these two points would suggest the La Touche family may have laid claim to both at one point, having, of course built the Octagon as either a summer house or, suggests Shay here, some kind of thatched dwelling or store room.

Read on for the truth, my fat friend.

The Kindlestown viewing rock is actually part of the area known as Coolagad, which covers 0.45 square miles, or 287 acres, stretching down as far as Temple Carrig School and the neighbouring estates.

According to Derek & Gary Paine’s 7th volume of Greystones & Environs history (that’s the gold one), below the Octagon house was ‘a very curious building of rustic masonry, or rock-work, called the Banqueting Room. It is built in the Gothic style, and in imitation, probably, of a room excavated from a solid rock. The Octagon building was erected in 1766, and is the design of Mr Enoch Johnson. The Gothic Banqueting Room was built in 1788, after the design of Francis Sandys, Esq., an eminent architect and a native of Ireland, who died at Belle View [sic] on the 18th of July, 1785‘. 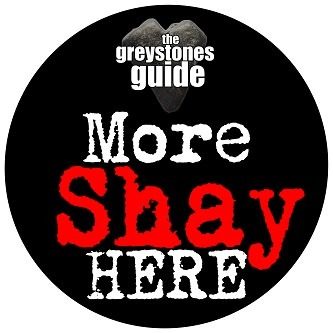 So, is it Bellevue or Belle View? Or maybe it’s both…?

The above article also talks of a Rustic Temple to the east of the Octagon house, an elevated viewing point that boasted ‘the most extensive view in all the grounds of Belle View‘. Not sure where that temple is, exactly, but, hey, we’ll send Shay into the bushes next week until he finds it. 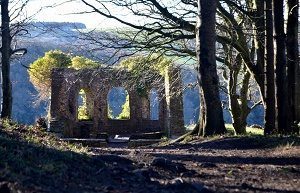 Here’s hoping he might stumble upon the infamous panther that used to spring out and scare the bejiggers out of visitors. Turns out this particular wild beast was a stuffed animal, with various accounts suggesting it may actually have been a tiger, or a leopard.

Whatever it was, it must have made a fine howdy-doody for unsuspecting guests. With an emphasis on the doody.

In the meantime, here’s a rainy afternoon oral history of the two points. As usual, we talk quite a lot of nonsense, but there’s some good stuff in there too. Some of it even sounds like it could be true.

Keeping Up With The Greystonians