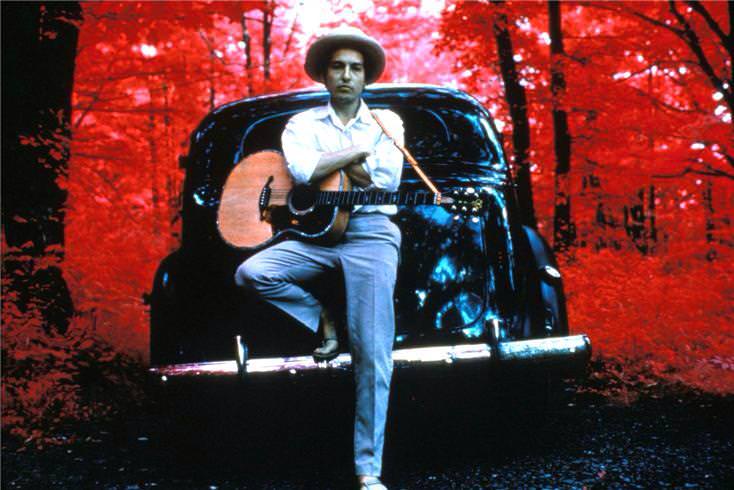 Rightly regarded as one of the finest Bob Dylan 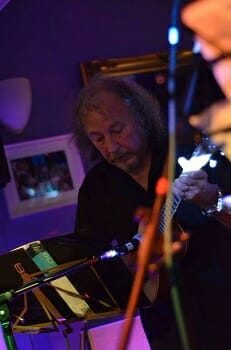 tributes acts around, Love Minus Zero are coming to Greystones this Saturday. For some freewheelin’ TLC. Mixed with just a little LSD.

The lynchpin of the band since its formation in 2011, local hero Pete McGowan sat down with Paul Byrne to talk about Robert Allen Zimmerman, playing live and the madness of putting a 7-piece band together…

PAUL BYRNE: Okay, Love Minus Zero are one of the finest Dylan tribute bands around, but, deep down, which Dylan do you love the most? The gospel rocker, the protest singer, the rockabilly raver, the jazz diva, the blood on the tracks, the early funny stuff…?
PETE MCGOWAN: Dylan has recorded such an amazing amount of work through the decades that for me it’s hard to pick any particular period, but if I have to I would go with his early albums and some of the later ones that he recorded with Daniel Lanois. I love the haunting, swampy Louisiana vibe that is on those albums, particularly on tracks such as Most of the Time and Man In The Long Black Coat.

Can you tell us how Love Minus Zero came together, and was it a difficult birth?
I’d been thinking of getting a band like this together for quite a while, and finally decided to do something about it in 2011 – which was probably the worst time possible to put a six /seven-piece band together. Like most bands with a large number of musicians involved, it can be a nightmare trying to hold it together due to people’s commitments, but the love of his music has kept us going so far. It’s definitely not the money…

Young Zimmerman is the closest thing rock’n’roll has to a religion – how devout are you when it comes to Dylan?

I always liked Dylan but really only got into him in the early ’70s, after hearing his album The Times They Are A Changing – and it’s still one of my favourite albums to this day, along with Street Legal. To be honest, I wouldn’t be an out and out Dylan fanatic; I think there are a few albums he released throughout the years that we could do without.

Dylan has some of the most devoted fans around the world, carefully dissecting each and every word the man delivers. Have you had any letting you know after a gig that you got the fourth line of the fifteenth verse of Lily, Rosemary & The Jack Of Hearts wrong?
Yeah, it happens. We have had a few people pull us up on the odd line or verse that got by us, but with eleven verses in Hurricane, and more in some off his other songs, it’s surprising that it hasn’t happened more often.

It’s ‘The hanging judge was sober, he hadn’t had a drink’ – just in case you’re wondering. Dylan has come full circle quite a few times, and has, for the last few albums, embraced not only the music of his 1950s formative years but also much of the music that came before Elvis and rock’n’roll. Do you think he’s moving forwards or backwards? Or just levitating?
Dylan has always been his own man and has never been one to conform to what his fans expect of him. I’m thinking of his Christmas album and his cover of Sinatra standards here, so I’d say he’s levitating at present. Still rising above the norm… most of the time.

Dylan’s latest album takes his love of the early jazz ballad to new heights, as he tackles a bunch of Frank

Sinatra standards. What did you think of the album, and would you feel there’s space for some of it in Love Minus Zero’s set?
I haven’t heard the whole album yet, but the few tracks I heard so far, such as What’ll I Do, Autumn Leaves, and I’m A Fool to Want You, surprised and impressed me with it’s laidback instrumentation and use of pedal steel. Also, his vocals on the songs I have heard have never sounded better. Material-wise, it would be nice to include some of the song’s in an acoustic part of our set at some stage.

Dylan’s embracing of rock’n’roll’s roots and its rich tapestry were very much in evidence when he turned DJ for his Theme Time Radio Hour, completing 100 of these wonderful one-hour radio shows – each one dedicated to a single theme – between May 2006 and April 2009. I assume you still love, cherish and obey every single episode, right?

Wrong, I’ve only caught a few of the shows, but I found the music very eclectic and wide-ranging. Plus, it’s fascinating to hear Dylan talk about music, and hear that he still has a huge interest and love for all kinds of music.

Judas. Being a rather fine guitarist, you’ve got more then Love Minus Zero needing your tender, loving fretwork. What other musical projects have you currently go on the go?
At the moment I’m involved with our old band Parchman Farm, and I’m busy organising a few one-off gigs – we disbanded two years ago so it’s quite enjoyable at the moment seeing that we haven’t thrown any punches at each other. Yet. Another bunch of local desperadoes I’m working with right now are a seven-piece band called The Whipperwills – an Americana, bluesy, souly outfit, which is good fun.

Finally, are there any records currently making your head spin…?
I’ve picked up on a few bands that my 13-year-old daughter has been listening to lately that I like, roots type bands such as This is The Kit, The Civil Wars and a great Australian band called Electric Mary. Check them out. After you’ve checked out Love Minus Zero, of course.