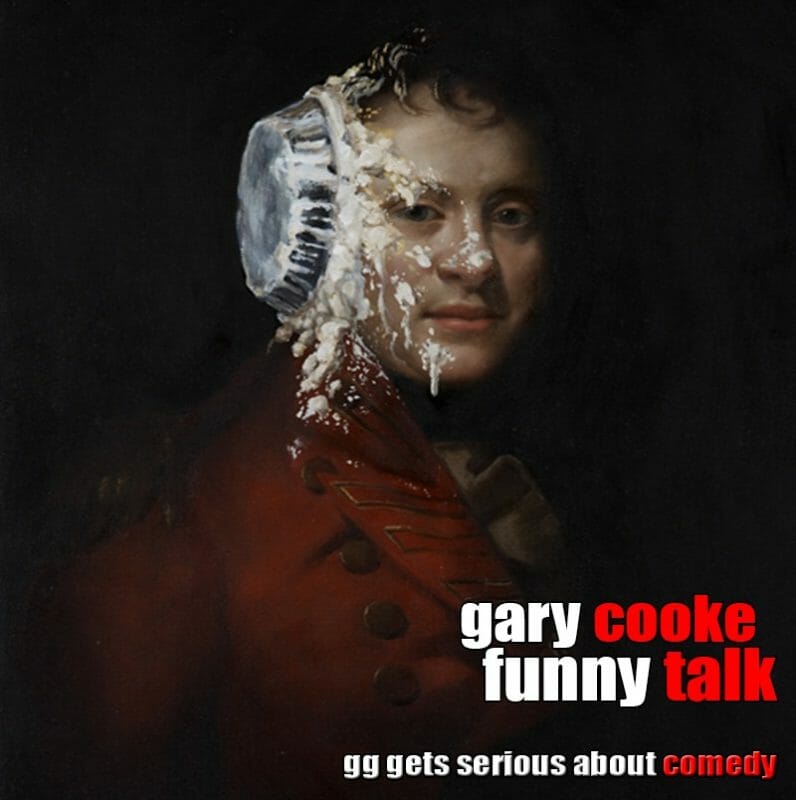 His beautiful, cherubic yet evil face is behind two of Ireland’s finest satirical TV shows, Aprés Match and Irish Pictorial Weekly, and perhaps Ireland’s finest musical, I, Keano, and now Gary Cooke is about to make his 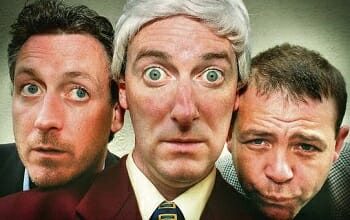 Greystones debut in the lead role of 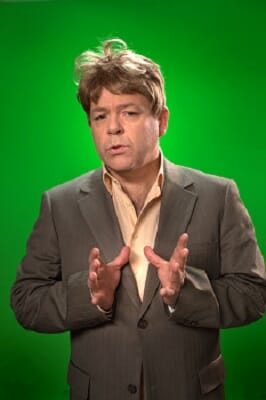 Which, you know, must feel like some kind of career high point for the lad.

Despite all the critical acclaim that he has enjoyed over the last 20 years, Cooke is quick to point out that he’s no snob when it comes to comedy. One phonecall from Brendan O’Carroll, and Gary will pack his dress and comedy wig, be on the next plane to London. 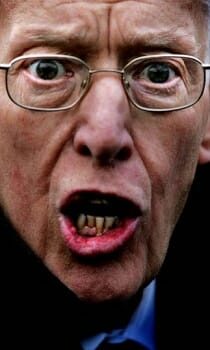 ares for his sold-out performance in The Confirmation Suit at The Whale on Saturday, January 13th, we asked the wry, crisp and dry father-of-two for a list of his comic inspirations. And just how he ended up in this ridiculous line of work…

When did the gravitational pull to comedy start? And what were the conduits? When I look at my kids, I guess that must the biggest clue.

They take the piss out of everything and everyone, from stuff they see on YouTube, to TV and most everybody else they come into contact with. And it was the same for me. I remember doing impressions of Ian Paisley in the early ’70s- shouting out the car window things like “No, No, Never!” And, “The IRA are doggone crazy!”. Or, “Up the Provos”. I hadn’t a clue what they meant.

I also remember doing the newscasters in all their po-faced stiffness. I used to use that word ‘guerrilla’ without having the 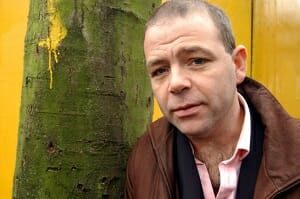 foggiest what it meant. There I’d be, running round the house going “Gerrr-ill-a!”.

I particularly remember doing my parents’ friends. There was one well-meaning man who was always doling out advice on the sports pitch, and he used to start and finish every sentence with “Don’t ya know”, but its sounded like “Don’t ja know”. “Don’t ja know Gary always keep yer eye on the ball, don’t ja know…”.

There was a woman called Idi Gardner, and I was a bit afraid of her, and I used to call her Idi Amin, and do impressions of her Belgian-French accent when she gave us French classes in primary school. I wasn’t too kind about her, though I’m sure the feeling was mutual…

Morecambe & Wise
Then a few years later came The Two Ronnies, which I loved, and Morecambe and Wise, though my mother didn’t really like them, so it wasn’t ever on in our house.

George & Mildred
I loved the sitcoms of the time as well, like The Likely Lads, Robin’s Nest and, in particular, George & Mildred. “I didn’t know you cared!” – I used to do impressions of all those characters and keep the family amused – or drive them mad. I also developed various characters at home, including a guy called Englebert Dumpling, and I used to talk as him for hours at a time. I think my brother was slightly traumatised.


Kenny Everett
By my teenage years, I started to be exposed to more anarchic stuff, like Kenny Everett, which was like a form of punk comedy to me. It didn’t seem as rigid as the more conventional stuff was. It also felt like anyone could do. I used to love his characters Sid Snot and Gizzard Puke…
It was the golden days of television entertainment with vast viewing audiences – multiples of millions – when one character could take a country by storm in one sketch alone and everyone would be mimicking them the next day in school.

The Young Ones
The Young Ones and the alternative comics, such as Ben Elton, kind of defined my generation. It was a rejection of the old gag-based stuff of the previous generations, and all about original material. It was the final layer of my comedy induction….

Dunphy & Gilesy
Of course my greatest comic influence wasn’t comedy at all – or rather, they weren’t meant to be; Dunphy and Gilesy. Both endlessly fascinating, opinionated, po-faced, brilliant and, crucially, unintentionally comedic.
“He’s a good player, not a great player” is as memorable in its own way as the quotes of Oscar Wilde or WB Yeats.

strands laid on a plate, courtesy of RTE. The rest as they say is history.

Gary Cooke stars in Brendan Behan’s one-man play The Confirmation Suit, directed by Peter Sheridan, at The Whale on Saturday, January 13th, the first of the Greystones’ venue’s new dinner theatre nights in conjunction with Bear Paw. Info and cancellation tickets here. You can also find out about Behan’s memorable night in a Greystones jail here, and find out more about Peter Sheridan’s own one-man show at The Whale on Friday, January 26th here.

Old Calary Rises From The Dead