It’s a wonderful thing, the internet, an endless source of joy and wonder, of information, and 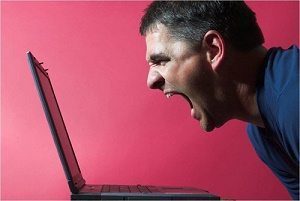 Anyone can write pretty much anything, at anytime, any place, and someone, somewhere will give it a like.

The beauty of it all is that no one needs any kind of qualification, or silly old facts or figures, to step up to the mic and yell it like they think it is. This is a democracy, and every single last one of the 3.5 billion internet users in the world has as much right to say what they think as anyone else.

What could possibly go wrong…?

Well, quite a bit, as it turns out. We live in a time when the Oxford English Dictionary‘s word of the year is post-truth, born out of the recent ability of so many politicians – running, say, for The White House, or campaigning for Brexit – to make any kind of outrageous claim and then dismiss such deliberate misinformation once the votes have been counted up.
This is also the year when fake news became a major concern for all the giant social media sites, with the likes of Facebook and Google recently coming under fire for not combatting directly these hoax sites that publish propaganda and disinformation on social media purely for financial or political gain. 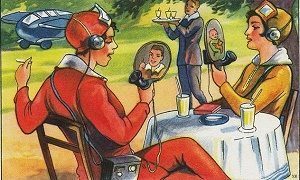 Closer to home, the grand experiment of a million monkeys with a million typewriters has hit some turbulence too, with a very public spat continuing today (having started December 31st) on the Facebook forum Greystones News & Views between two of the three administrators, Basil Miller and Michael Martin.
Largely a left-wing political site, Martin took a break from his almost-daily chemtrail rants to up his attacks on President Obama, claiming that his wife, Michelle, is really a man. Such posts didn’t sit too well with members, inspiring Basil to attempt a coup, arguing, after he published some private messages between the three, that Martin and the page’s other administrator, Davida Spinderella Bradshaw, should step aside. 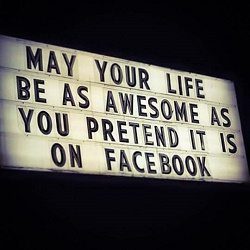 The latter because she had moved out of Greystones some time ago, and the former because, well, he might just be mad.

Instead, Martin resigned in disgust, and Basil got shot out of a cannon by Davida.

Within hours of the spat exploding today, an alternative local forum, the Greystones, Delgany & Kilcoole Discussion Group, was formed, followed within hours by another newbie, the Greystones Municipal District Neighbourhood Watch. And then another, with Michael Martin forming Greystones Co. Wicklow Bulletin later on that same night.

Bradshaw, meanwhile, changed the name of Greystones News & Views to News & Views From Ireland., and then Ireland-News, Views& Cool Stuff! [sic]. The thread has now been put in quarantine, having degenerated into something closely resembling a very drunken Spelling 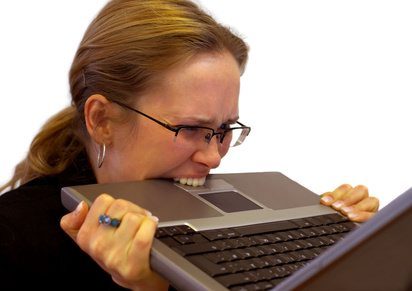 Bee about three minutes after it started.

It’s all a bit People’s Front Of Greystones versus the Greystonians’ People’s Front, of course, and such forums can drive even someone as mild-mannered and love-filled as Matt Wilson – sole proprietor of the long-running, long-suffering Greystones Open Forum – to shout the word “DICK!” at his computer screen every ten-to-fifteen minutes.

So, here’s hoping everyone can kiss and make up. And once the group hug is over, hopefully we’ll all be that little bit wiser too.

The trouble with freedom of speech is that even assholes get to have their say. To get the most out of this wonderful thing called the interweb, the trick is to try and make sure that the asshole is rarely, if ever, you.

This stuff is all a good laugh on the surface, but there were some serious issues involved.

May I correct the record slightly? I don’t actually mind you said this, Paul, but it’s not accurate to say I attempted a coup — the reality is, I was finessed and made the object of a coup, however virtual.

The essence of the dispute was over two posts which, while not overtly racist, used the ‘dog whistle’ technique we have heard of from the Brexit campaign across the water to convey coded messages, heavy with racist sentiment towards the Obama couple.

The posts came from my fellow-admin, Michael Martin, the second following quickly after warnings to Michael from both myself and Davida Bradshaw. As the latter was unwilling to take any further action, and I perceived clear breaches of the few rules of the forum — against hate speech and the like — I suggested publicly on the forum that they might like to step down and allow new admins or mods to take over.

The reaction was, one, that many members supported that approach, and two, Davida’s coup, which made any more or less orderly and amicable change impossible.

That’s it in a nutshell. No coup, or even a coup plan, from me. And another member of that forum, also disgusted by the sudden excess of rather violent language from one quarter, set up the new group — not me.

All very amusing I suppose, and a bit of a storm in a teacup, but at least it has led to a firm determination by the five people administering the new ‘free speech’ forum that neither overt racism nor the dog whistle will be tolerated there.

We intend to be an example in that regard, and on homophobia, sexism, abuse on religious grounds, denigration of disabled people — of which there is disappointingly plenty in ‘civilised’ Greystones — or any other minority. It won’t be allowed.

it can get complicated!

Reasons To Be Cheerful Pt 2016