Greystones Gets The Boot In Pt 1 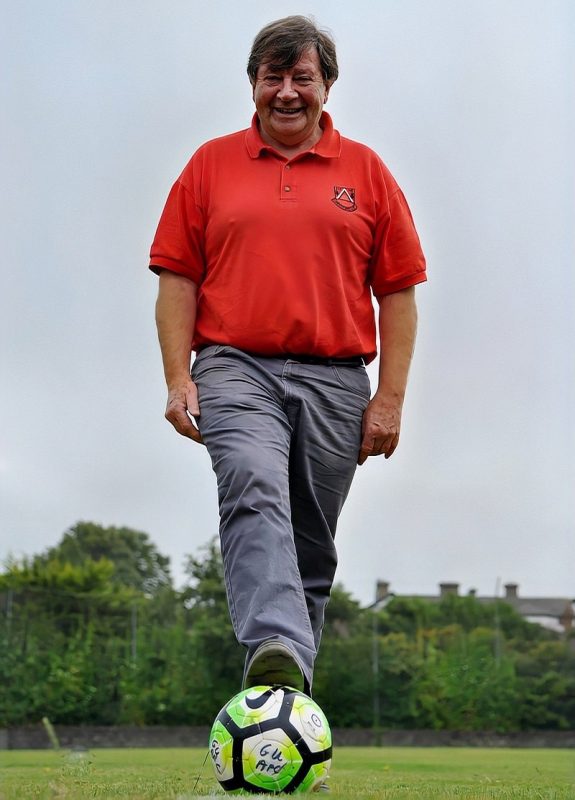 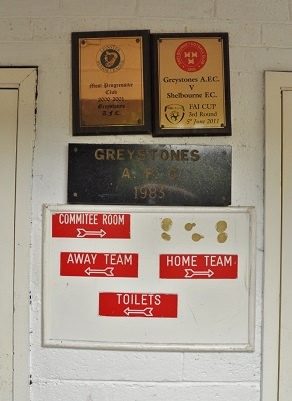 in a kitchen of a North Beach cottage.

The time was May 1923, and the cottage was the home of Hugh Lawless, with others gathered around the table including his brother, Henry, plus Tom Quinn, Larry Byrne and Frankie Ward.

This football craze was beginning to take root in the town, and the lads reckoned it was high time that an actual team was formed. A year later, that team was taking part in the Boys Realm League, held every Sunday in Phoenix Park. 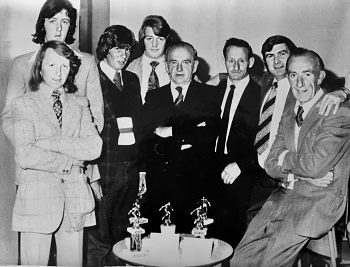 And with no buses going out to Greystones on the Lord’s day, that meant a boat, a train and another train for the lads to reach that pitch.

As we put together a history of the two clubs, Greystones AFC and Greystones United, that would amalgamate in 2015 to become the imaginatively-titled Greystones United AFC, we plan to sit down with John Duncan for the latter sometime next week.

For the former, today we caught up with their senior team’s secretary, kitman, physio and waterboy, Patsy Greene, who first signed up for a kickabout with Greystones AFC back in the 1970s. 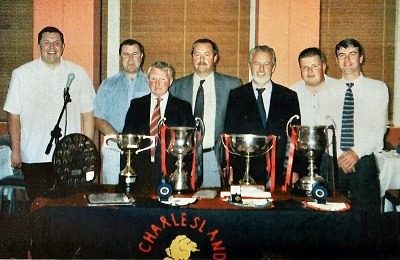 Over the past few years, Patsy has been pulling together the team’s long and winding history, from those early days as St Killian’s and The Bellevue Boys to such great leaps forward as joining the newly-formed Wicklow League in 1947, and winning the treble of The George Moore Cup, The Finches Gilligan Cup and the Div 1A of the Leinster Senior League in 2000, before going on to bag the prestigious Metropolitan Cup six years later. 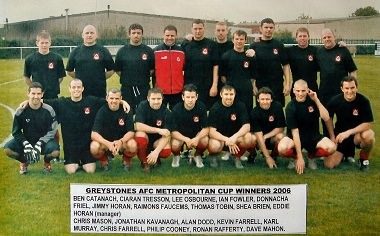 Over the past 98 years, many a fine player has emerged from Greystones AFC, and there’s about to a whole lot more, with GUAFC’s current Woodlands HQ playing host to 1,000 players and 56 teams across 7 different leagues, including an ever-growing number of girls. The latter have two teams in the League Of Ireland, plus another eight in the Metropolitan Girls League.

To find out about a big chunk of its past, we sat down out on the Archfield pitch (aka The Bog) with the bould Patsy…

You can check out Patsy’s archive pics here, find out more about Greystones United AFC here, and find out about membership, sponsorship and volunteering by emailing clubadmin@guafc.ie.