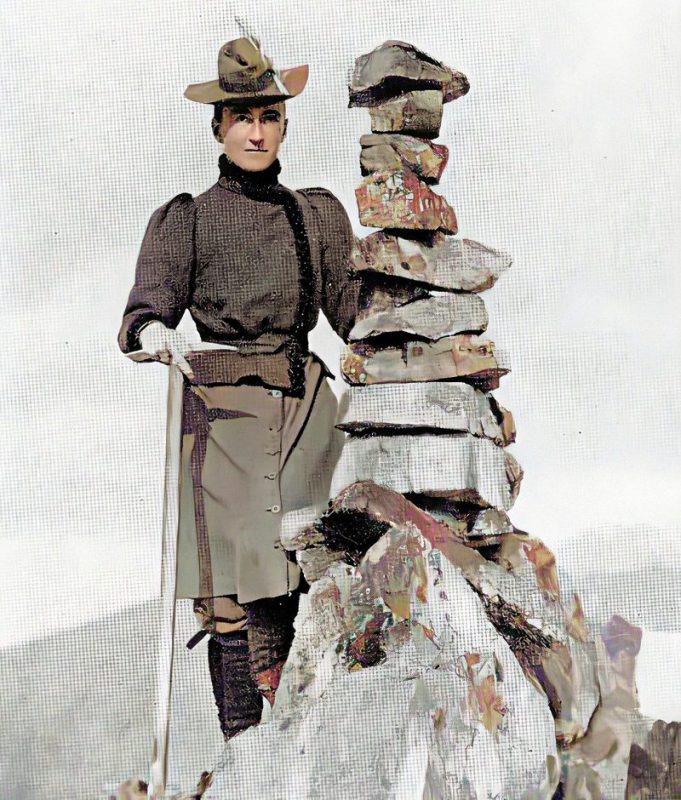 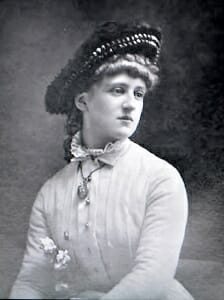 a year ago, when local filmmaker Jake McKone informed  us he was planning a documentary on this one-time Burnaby resident.

Reading through Jake’s notes on the woman later known as Lizzie Le Blond, we were astounded to discover a 19th century Lara Croft. Mixed with Katherine Hepburn. Suffice to say, this woman could have kicked James Bond’s ass. 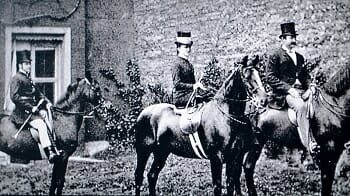 Born in Killincarrick Farmhouse, the only child of Captain and Mrs Hawkins-Whitshed, the young Lizzie inherited the family estate at the age of 11, her father passing away in 1871. Marrying soldier, adventurer and author Colonel Frederick Burnaby just 8 years later – she 19, he 38 – the two had a son, Harry, in May 1880, before drifting apart soon after and leading separate lives. 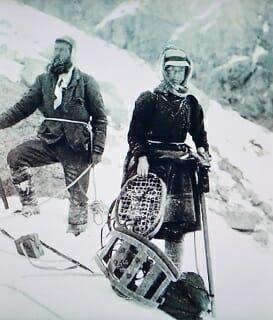 And what lives. As Fred returned to his bachelor pad, Lizzie began travelling the world, partly to try and find a cure for her growing lung troubles, but also to explore. Explore mountains, to be precise. Settling in Switzerland, Mont Blanc was Lizzie’s first mountaineering expedition, but that number would quickly grow. To over 100 ascents.

And to make sure that the all-male Alpine Club weren’t too upset by her presence, Lizzie would always start her climb in a dress, and only change into far more practical climbing attire once she was out of sight. She also founded, eventually, an Alpine Club for women.

Alongside becoming a pioneer in mountaineering, the birth of photography also sparked a passion, Lizzie combining the two in her many publications on her beloved climbs. Her many films of Alpine action have seen this Burnaby girl dubbed the world’s first female filmmaker, whilst over 2,000 of Lizzie’s photographs are held in The Kansas City Museum. So, you know, we’re dealing with something of an over-achiever here.

Having settled in St Moritz at one point, where she took up others sports such as cycling and skating, it possibly won’t shock you to learn that Lizzie became the first woman to pass the men’s test for the St Moritz Skating Association. 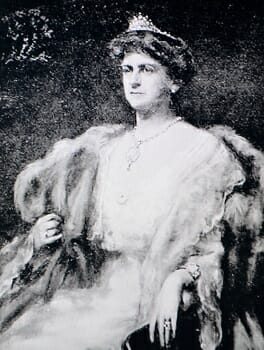 With Fred dying in battle, in Sudan, in 1885, and a second marriage, to mathematician Dr John Frederic Main in 1886, lasting until his death six years later, Lizzie’s third and final marriage was to Frances Aubrey Le Blond, in 1900. Frances was ten years younger than Lizzie, which may explain how he managed to keep up with the old girl, as they travelled the world together over the next 30 years, exploring Egypt, Sri Lanka, China, Japan, Korea and Russia. When the First World War broke out, Lizzie volunteered in a French military hospital in Dieppe, where she also managed the appeal department of the British Ambulance Committee. 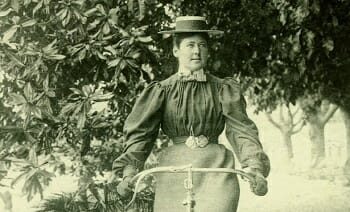 In later years, Lizzie published her memoirs, Day In, Day Out, whilst also making frequent visits to her son in America.

Lizzie Le Blond died on July 27th, 1934, and was buried in Brompton cemetery in London.

You can find out more about her beloved Fred right about here, and how Lizzie built Ireland’s first-ever housing estate in his honour here. Oh, and that Lady Burnaby on the bike is Lizzie’s daughter apparently.

All Hail The Conquering Twirlers

Let’s Get Ready To, Eh, UnGrumble!