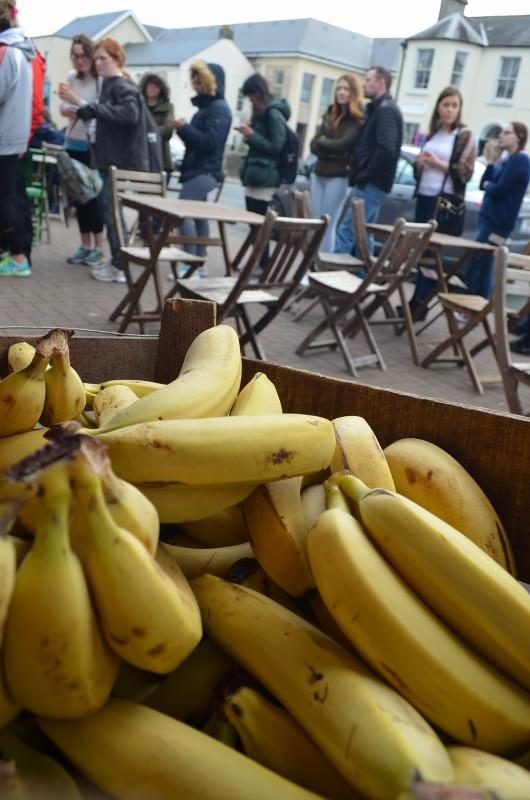 Despite the fact that there are those in Greystones who feel that they might very well be, well, bananas, the hardy 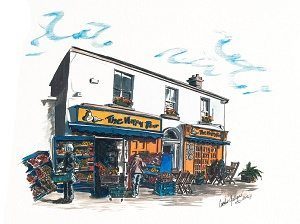 souls who make up those regular Happy Pear queues are now the centre of a new town outreach campaign.

Standing for long hours in all kinds of weather – some without even a word of English with which to cry for help – the Happy Pear queue has become a growing phenomenon in Greystones over the past year. And a growing concern.

Many have travelled for miles, either along the Cliff Walk, over the Big Sugarloaf mountain or across the Irish Sea, and can often be suffering from malnutrition, sleep deprivation and surprise Kilcooler attacks by the time they finally arrive at Church Road and The Happy Pear.

And that’s when their real journey begins.

With queues outside the cafe lasting anywhere between six hours to five days, many hungry hikers find themselves losing all sense of purpose, perspective and personal hygiene.

One recent case saw a short couple from Cavan become convinced that they were Frodo and Samwise, and had to be forcibly restrained from climbing onto The Happy Pear roof so they could throw their wedding rings down the chimney chute.

Which is why Greystones as a community has introduced a special outreach programme called The Happy Pear Carry That Wait Initiative, with local businesses and charities putting together special Survival Packages. 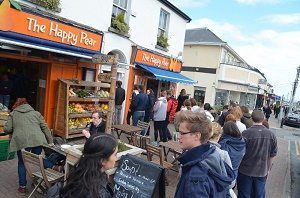 Included in the package are blankets and sleeping bags donated by Heaton’s, reading material from the Greystones Book Shop, a leaflet highlighting local property deals from Sherry Fitz, and a 1c-off voucher from Joe Sweeney’s chipper.

And proving that he’s just a kind-hearted munchkin deep down, Tomasso Spennato from Caffé Delle Stelle – situated across from the Pear on, fittingly enough, the dark side of the street – has said that he will happily cater the queues.

If you would like to donate to The Happy Pear Carry That Wait Initiative, please drop whatever supplies you can spare to Caffé Delle Stelle, Church Road, Greystones. Tell Tomasso the Guide sent ya…

Think Of The Children!!!