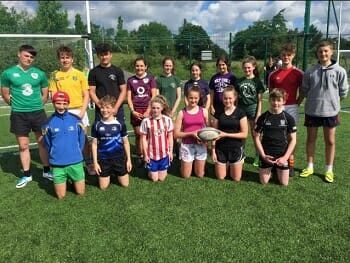 A very special kind of talent.

And, as anyone who knows their GRFC from their XYZ will tell you, Greystones has produced more than its fair share of great rugby players.

Well, to that long list can now be added 7 boys and girls from the town who have just been selected for the Under 15s Mixed Touch Rugby Team 2017.

Given the fact that GG knows little or nothing about rugby – Howzat! – and even less about Touch rugby, we thought we should let the lovely Lorraine O’Connor take the floor for a little enlightenment…

Touch rugby is a massive sport in the Southern Hemisphere. It is similar to tag but a simple touch is made by hands on any part of the body, clothing or ball, instead of pulling a tag.
A big number of under 15s girls and boys from Greystones rugby club started training and learning the game every Sunday morning in Stepaside. These girls showed great dedication each Sunday morning, starting their training at 8.30am then heading straight to the Greystones Rugby Club to both train and play matches. There was quite a lengthy selection process to become part of the Irish Team. Fantastic achievement that all the GRFC under-15 girls were chosen to play for Ireland alongside a bunch of our under-15 boys.
They will be representing Ireland in the European Touch Rugby Chamionships 2017. This year Ireland are hosting this huge event in DCU from August 18th to the 20th. The tournament consists of 28 teams with four divisions. Some under-18 girls are also competing for places, but the team hasn’t been chosen yet. We are equally hopeful for success in this age group for players from Greystones. 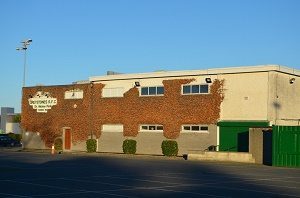 The U15s will be playing the following countries; France, Netherlands, Sweden, Czech Republic, England, Wales, Scotland, Middle East and, hopefully, China too!!! It will be great welcoming all these countries to Ireland.

Not sure if all of that made sense. Lorraine did warn us that Mrs Robinson’s had stolen half her brain the night before she emailed us, so, there may be a few glitches in the cocktail there.

Suffice to say, the town is very, very proud of you, you fine, young Greystonians. And if you don’t win, your bags will be waiting for you at the Bray end of the Cliff Walk.

Taking place at Dublin City University from August 18th to the 20th, you can find out more about the Junior Touch Championships right about here. You can also follow the Ireland Touch Association on Facebook here.

There Will Be Oil