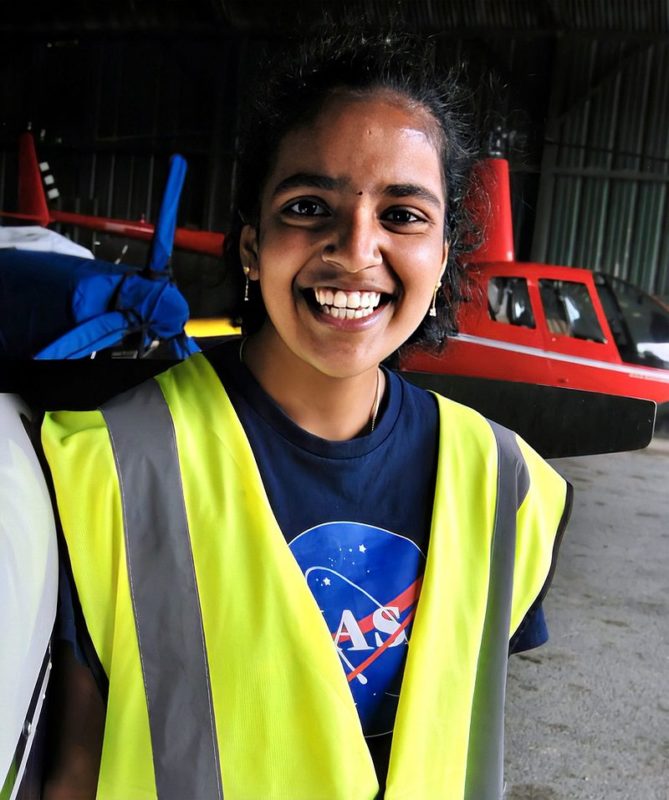 hen parents tell their kids that they should reach for the stars, they rarely expect their beloved offspring to 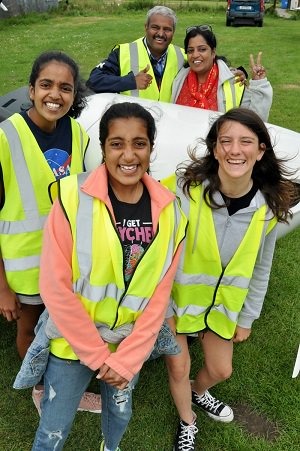 Well, that’s what happened to Greystones parents Bharath and Manjula.

“To be honest, we’re not quite sure where Ishithra got this passion to become an astronaut,” the duo tell me as we meet over at Newcastle Airfield this 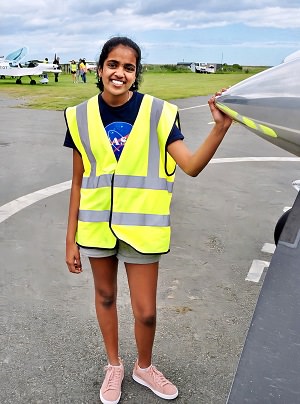 afternoon. “I’m sure we might have said that line at one point or another, but we certainly didn’t expect this.

This being their 16-year-old daughter making her solo flight debut in February of this year – after 50 pilot lessons – and whose determination to make it to Mars one day seeing NASA award Ishitha a week at space camp in Florida’s Kennedy Space Centre. 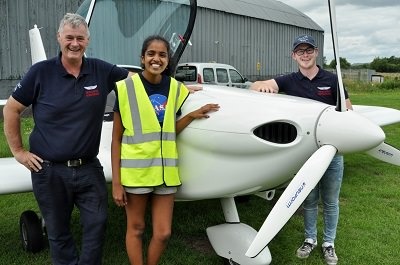 Ishitha with John and Jack Nugent

And the reason we’re all at the Newcastle Airfield is because Marlena and the Greystones Town Team gang, learning that the family were on a two-week holiday here from their adopted home of Seattle, arranged a free flight this afternoon.

As John Nugent and his son, Jack, ready a brand new Viper SD-4 Light Sport Aircraft for Ishitha, her parents, sister Taanvi and buddy Angenica seem more excited than the lady of the hour.

“I’ve done this so many times now, but it’s always a thrill,” Ishitha assures me.

“I just have to be totally focussed on the flight itself. Jack will be running through everything about the plane with me, and then you just have to mentally lock yourself into everything that’s inside that cockpit.

“I can’t thank the Nugents enough for this. Totally unexpected and, to be honest, most likely the highlight of my two weeks back here…”

No doubt surrounded by plenty of spacers in Greystones Educate Together during those early years, we managed to grab 10 minutes with the one kid who stuck to her rayguns to talk aviation, aliens and always aiming high…

You can find out more about Ishitha’s high-flying adventures right here.