Nice Day For An Irish Wedding… 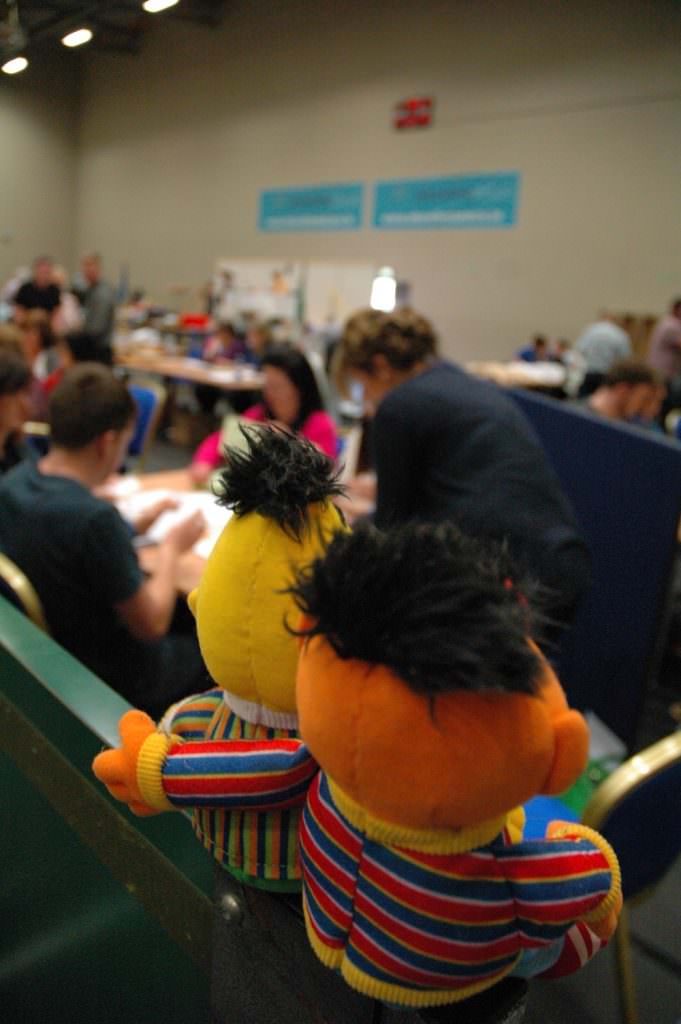 Today, Tuesday November 16th 2015, is approximately 5 months since we passed the marriage equality referendum, and is the first day that lesbian, gay, bisexual and transgender people in civil partnerships and marriages from other countries can have their relationships equally legally recognised for the first time. It also happens to be my birthday. 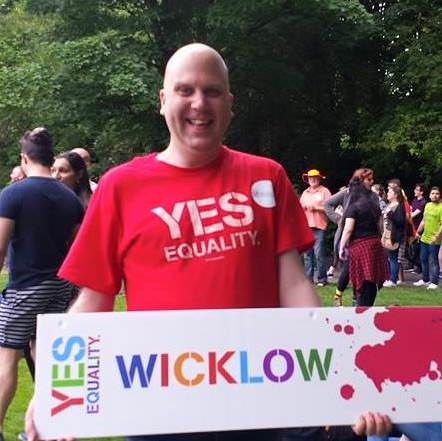 I was approached, along with others, by Andrew Hyland of Marriage Equality and Brian Sheehan of the Gay and Lesbian Equality Network in July 2014 to a meeting on running a local marriage equality campaign in the Bray area. At this meeting, Brian and Andrew spoke to myself and four others about this idea, and asked us to set up a local campaign group which would be open to all. At that time they had identified Bray as a satellite hub, where they needed to win, and they were very focused on that town. As a group, we came together and immediately widened this out to include Greystones and, where possible, the rest of the county.

In the early stages of the campaign we were mostly 5 or 6 young gay males sitting around a table and worrying about how to actually get not just more people on board but a broader demographic too. There were about 3 or 4 meetings between July and December 2014. I have been active in the Labour party and we also had some locally active Fine Gael members on board, as well as many people from other party backgrounds. 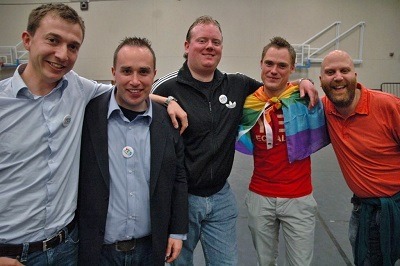 Just before Christmas some Fianna Fail party supporters also became active in the group. We also managed to get local Sinn Fein and independent political activists on board.

In January/February 2015, our campaign was still on a bit of a back-burner, but it slowly began to heat up. We had a Yes Equality Facebook page set up – this was garnering interest, The Mermaid in Bray showed the documentary The Case Against Prop 8, there was a fabulous fundraising lunch in rural Wicklow, and more and more people began to turn up to our meetings.

At this stage we began to put an over-arching strategic shape on the campaign; 1) Events, 2) Mainstream Local Media, 3) Social Media, 4) Traditional Canvassing, 5) Outreach to local groups and local political activists, and 6) Broadening The Campaign to the rest of the county. 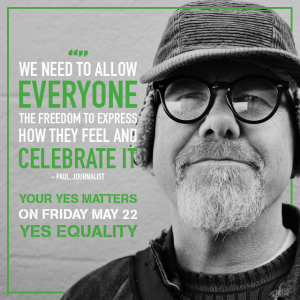 At this stage we assigned these roles roughly out to people to oversee, and I was asked to take overall charge. We ran 8 events in Bray, Greystones, Wicklow Town and Arklow. We sent out dozens of press releases to local newspapers. We met with many local politicians and local campaign groups, we built up a significant Facebook social media following, and we also had a really great video and graphics for our campaign locally. Many local businesses supported the campaign through allowing us use their rooms or displaying a Business 4 Yes sign, or sponsoring raffle prizes for us. 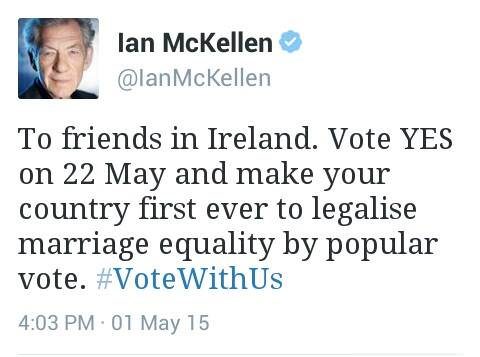 The canvassing was really intense. We connected to and had conversations with so many people on the doorsteps. It was clear there was large support, but we also needed to reassure those with doubts and to explain to those who didn’t quite understand the issue. The vast majority of doorstep conversations were respectful and honest. Some were not and these of course hurt some of the people involved. I try personally to remember the large supportive doorstep conversations.

For me, this was a very personal emotional journey. I spoke through the newspapers about having gone through homophobic bullying from about 13 to 18, and how this had left a long, sometimes suicidal and painful shadow on my life. This also came up several times during the campaign when I spoke honestly and emotionally to people on the doorsteps, but then I would read social media stories about friends in Dublin being badly abused, and about families broken up by these issues. 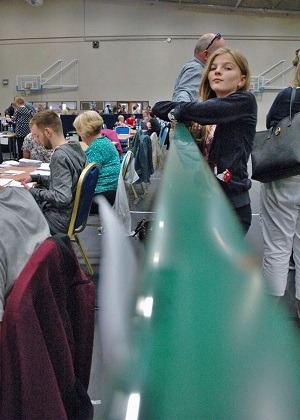 I put my heart on my sleeve for this campaign and I asked the people of Wicklow to join me. In August 2014, I had written an opinion piece for a local paper about the campaign and it focused a lot on me – and so many parts of my life related to this campaign were expressed through tears. Upon advice, I edited it heavily. But it’s so very true. Paddy Manning [a gay journalist who opposed same-sex marriage] said that this referendum was not about how Ireland felt about or treated gay people. For me, it simply was.
I learned a lot during this campaign. I made some good friends, and I met some amazing people along the way.
Thank you to everyone for their part in the Yes Equality Wicklow Campaign. I didn’t name names above as I didn’t want to leave any name out.
Just after the campaign I asked for people to give their thoughts on the campaign. I got some beautiful responses. 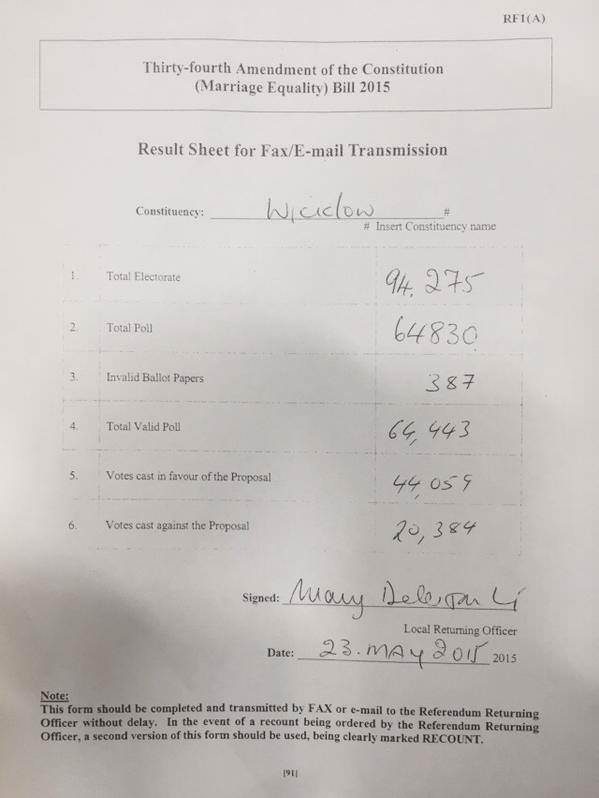 The spirit of the campaign was so much about love, respect and embracing difference. It started so many conversations and made me realise that real change is possible.
Niamh Grennan, Greystones

My country has come alive.
A few days ago it started to breathe
and say its first faltering words:
‘that … there … may … be … freedom’.
Now it soars and speaks in many tongues,
its voice full of love and promise and colour.
Its leaves are of the brightest green:
for its bark has long cradled secret messages of love.
Under shelter of its tender branches,
our dappled faces are filled with wonder
at the music falling gloriously
from the sky.
Thousands are dancing,
their shimmering feet treading
injustice, lies and masks to dust,
forever. 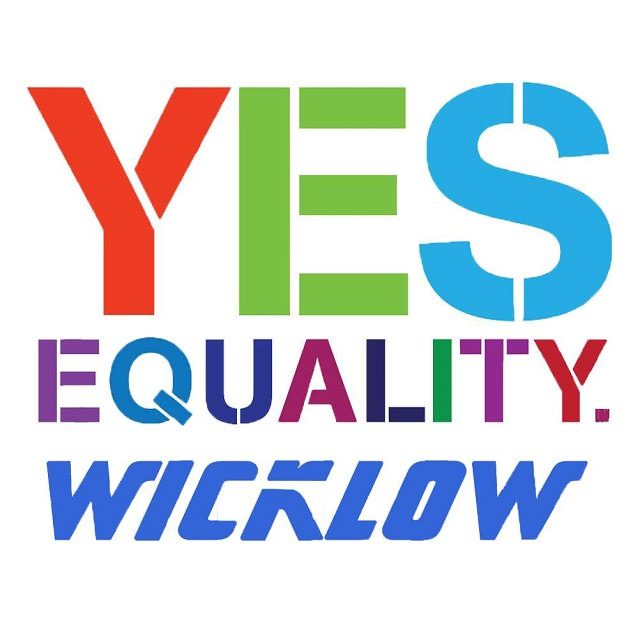 And under its mighty soaring wings
(yet each feather of the softest down)
are sleeping the children of Ireland’s future
who dream only love … only freedom …
Liz O’Riordan, Greystones

The purpose of this campaign was to create an all-inclusive Ireland, with present and future generations living with the respect, dignity and equality they deserve.
Mary Whelan, Arklow

This isn’t equality yet, but it is a massive step in the right direction. I have never been so happy to live in a country that has realised that a minority and a group that is often targeted needs to be equal and by the sheer numbers that turned out a minority that needs to be supported. Hopefully this vote will set a trend of socially progressive legislation because the protection and celebration of minorities is something that Ireland has proven that they want to happen!
Sam Blanckensee, Greystones 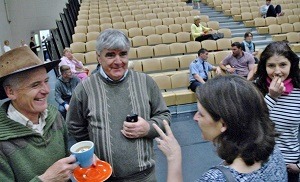 It has been an absolute privilege to be part of this campaign. I’m so proud to be a citizen of this inclusive and equal society, and so thankful for the resounding yes from the Irish people. Equality for our LGBTI citizens makes for a better and more equal society for everyone.
Nicola Fox Hamilton, Bray

This has been an adventure that has changed my perception of the world, this journey has taught me that happiness is happiness, no matter what.
Jake Scott Kennedy, Newtownmountkennedy 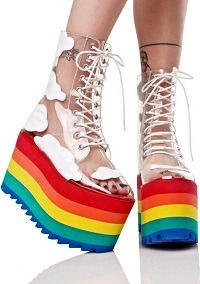 As a nation we have taken a major step in eradicating homophobia for our younger generations.
Cian Gallagher, Newtownmountkennedy

After almost 100 years, Ireland has finally taken a huge step away from the socially conservative ideology that has haunted this country for so long to finally become a republic of the people.
Anthony Harmon McDonald, Newtownmountkennedy

Yesterday, young LGBT people, who perhaps before this felt alone and hopeless, got to look around at the entirety of Ireland celebrating for them, and their future happiness. And perhaps realised that they’re not alone, their country is right there with them, and things can only get better.
Rhona Lonergan, Bray 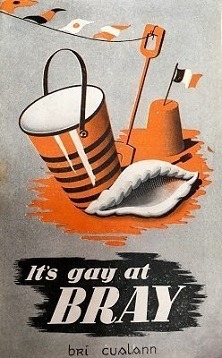 Delighted with the result of this referendum and delighted to see how much joy and happiness this result has brought. A major step in terms of human rights has been taken, and I’m delighted to see this happen in Ireland.
Daire Nolan, Newtownmountkennedy

The Co. Wicklow Campaign was a very respectful campaign. The interactions with all voters on canvasses and on doorsteps were very positive. A great team of grass roots campaigners worked in every town and village across the county to bring about social change in Ireland.
Leo Kilroy, Greenane

One small step for voters, one giant leap for Ireland…
Abigail Rooney, Bray

The majority stood proudly with the minority as they embraced diversity, inclusivity and equality for all.
Dave Thomas, Arklow 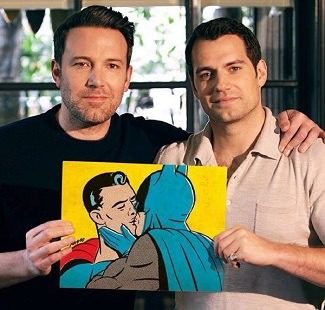 By voting Yes, we have shown Ireland to be a country which values equality and fairness.
Stephen Kearon, Ballinaclash

A special day to be Irish. Social inclusion is so often talked of; today, Ireland walked the walk.
James Doyle, Kilmacanogue

Life is constantly shifting and changing, sometimes difficult to accept change. However, it is never wrong to do the right thing and influence good to make people’s lives a little better. Those who fought this battle should be proud to have changed history for present and future generations! I am so glad that I played a tiny part in this Campaign and made so many lovely people on the journey.
Caroline Burrell, Bray 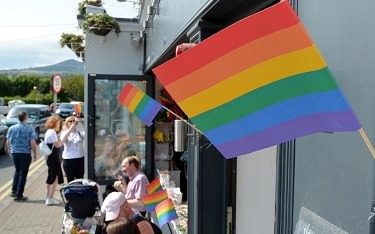 On the canvas, it became clear that the main difference between people who were passionate about voting yes and those who were undecoded or voting no was whether they had a close friend or family member who had come out as lgbt. There are still age groups and social groups and places where this has been difficult or dangerous. This must change after this week, so the gains made must be irreversable.
Robin Hanan, Bray

So very proud of my country today, we’ve closed a too often dark chapter in Ireland’s history and we’re starting a bright new one.

I’m so privileged to have worked on this campaign with some of the most dedicated, energetic, determined people over the last few months, some of whom have devoted years, decades even of their lives to this cause.

I hope this makes life just a little bit easier for LGBT children, I hope it makes LGBT adults feel that bit more accepted, I hope LGBT older people, many of whom were persecuted and never given a proper chance at happiness, can find some solace in seeing this pass in their lifetimes.
Thank you to all the campaigners and voters, we’ve done something spectacular. Keep doing the right thing.
Fiona Carey, Bray 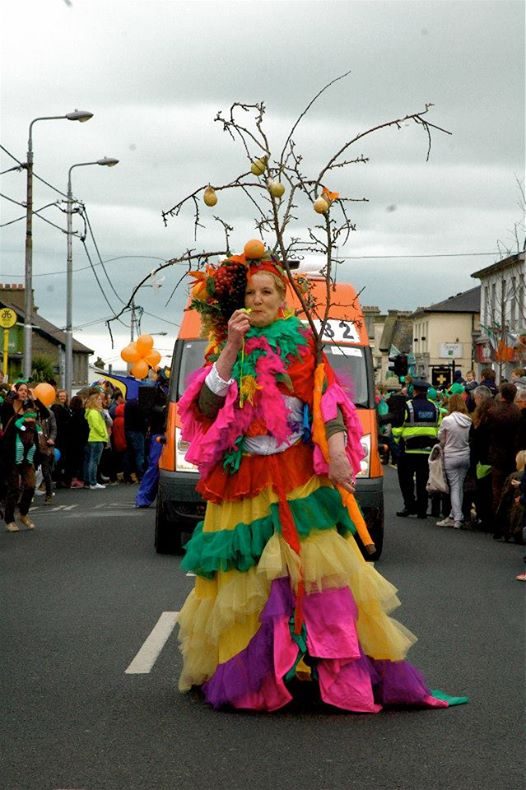 We saw an amazing energy in the campaign and in the enthusiasm of so many to come out to vote, to come home to vote. It was such a great achievement for us as a country. Let’s not lose that energy!
William Quill, Bray

The campaign made me laugh and made me cry, but no one can take away the joy that I feel as I hug my children and know that they are accepted in their own country. Amazing.
Siobhan Hanley, Greystones

For me it’s that I can now live in an Ireland that I don’t have to be scared about being gay . That it is ok to be who you are and society can let me be that gay man without fear . We are all equal.
Patrick Bracken, Arklow

There really was something about the diversity of the areas that voted yes, from the large urban centres of Bray and Greystones, to the small rural communities of Annacurra and Ballinaclash. People from across the length and breadth of Co. Wicklow voted for equality and a fairer Ireland.
Mary Mooty, Arklow

We Can Be Heroes…