It was at The Whale Christmas bash that

With handyman Dave and his two sons wrapping up yet another 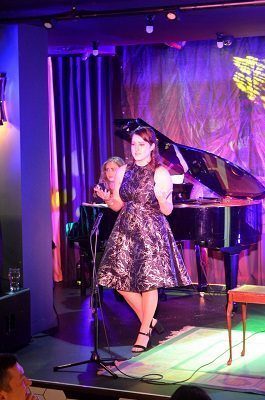 Garth Brooks classic just after the shy and retiring box-office babe Grace had finished going Full Liza on the 1965 showstopper Cabaret, Jade took the microphone, and, without any musical backing, proceeded to knock us all off our feet with a spine-tingling rendition of the 1847 Christmas carol O Holy Night.

For the first time that night, you could hear a pint drop. And quite a few jaws 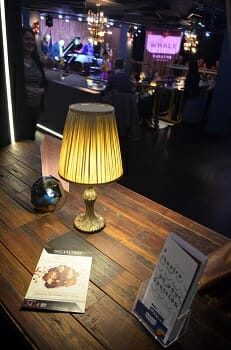 Turns out young Jade has been studying opera from the tender age of 11, and was now in her second year studying for her Bachelor Of Music Performance at The Royal Irish Academy of Music.

And so it came to pass. This Saturday, Jade will be part of the sell-out dinner theatre night, alongside Gary Cooke in the Behan adaptation, The Confirmation Suit, and will then return for Peter Sheridan‘s one-man show, Made In Dublin, on Friday, January 26th. Another dinner theatre night, if you’re quick, you might just be able to grab a table at the latter here.

In the meantime, we caught up with Jade earlier today, to talk opera, opportunity and just what the options are when it comes to being the next Maria Callas…

Dang! Ran out of storage space. But, fear not, you can grab more Jade Phoenix at The Whale on Friday, January 26th here. Jade is also available for weddings, funerals, private parties, etc. You can email j.phoenix111@hotmail.com or call 0868647929.

Please, Miss, Can I Have Some More…?