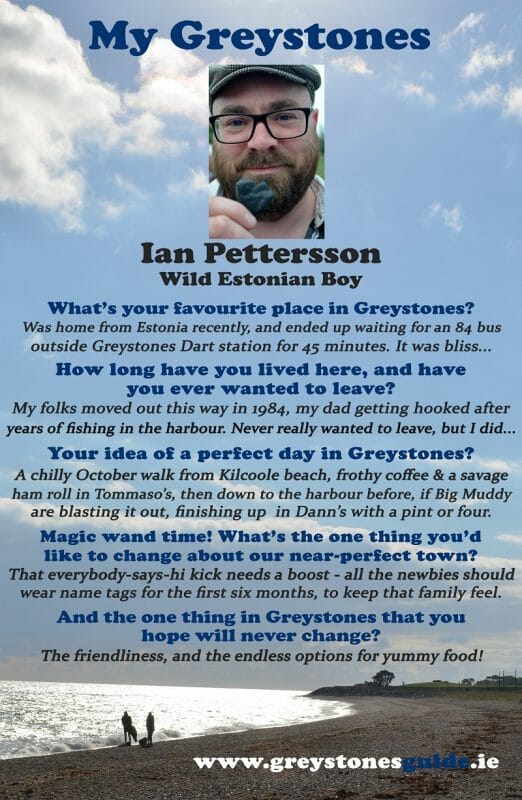 Sure, isn’t it amazing what love can do to you…? 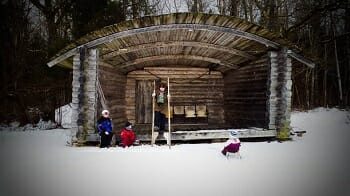 It can make you pack up and leave your beloved family and friends and travel halfway around the world, just to be with the person who suddenly feels more like home than any house could ever hope to.

Such was the case of the huggable Ian Pettersson, a man deeply rooted in this area through his music – the one-time Baskerville Sister being one of the most in-demand bassist around (when no one else was available, of course) – as well as through a family that had settled in Kilcoole 24 years ago. It was Ian’s

And now the same thing has happened to his son, Ian marrying the beautiful Terje in 2009 and moving to her native Estonia the following year. The plan was to just stay for one year; Ian and Terje are still there, and they’re now joined by 9-year-old Tarvo, 3-year-old Liam and 1-year-old Lily, the latter named after Ian’s mum.

Still playing music over in Saaremaa whilst maintaining a job as a teacher, Ian and his family get over to Ireland as much as they can. Given the beauty of their two homes, and the cuteness of those kids, the Petterssons seem to have the best of both worlds…

No wonder the fecker is always smiling…

The Time Of Our Lives