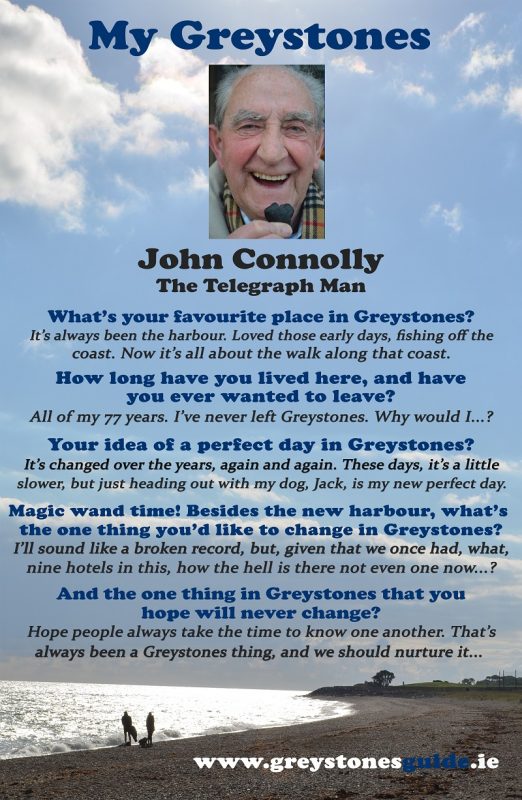 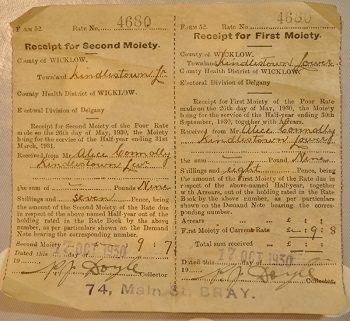 and impressing the girls – is putting together as many parts as we possibly can of the Greystones jigsaw.

And that means archiving not only the obvious but also the almost-forgotten, covering the scenic route whilst also taking those skanky paths less travelled, and talking to those Greystonians everyone knows and those quieter ones who have carved out their own little corner of our town’s history. 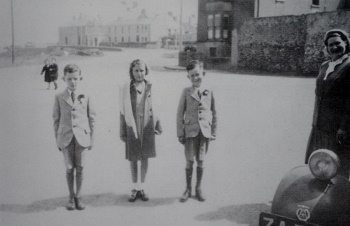 For us, a fine example of the latter is John Connolly.

We kept meeting John out on our walks, mainly because his tiny terrier, Jack, seems to believe that he could throw Max over his shoulder and get him in a head-lock – if only his master would let go of that bleedin’ lead.

John is well-used to Jack, and is ever-ready to counter his small-dog syndrome Joe Pesci impersonations (“Furry, how?”)with a firm grip, but the stand-offs did get the two of us to talking. 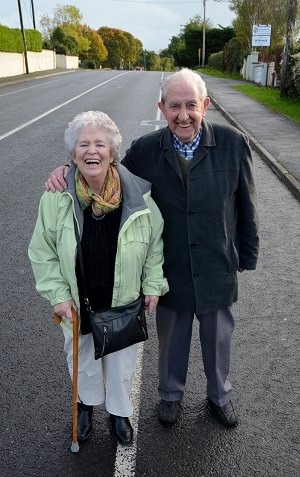 John might be 77, but he reads the Guide, and where we would be wide-eyed every time we unearthed a grainy old black & white picture of our town from over half-a-century ago, for John, it’s often a real memory.
The two of us would start rambling on about how the Holy Faith sisters used to run St Kevin’s, and how local landlords the Orpin family once owned acres upon acres up here in Kindlestown and Blacklion, and how that particular dynasty came to a sad end when Eileen Gunning and her daughter, Fatima, were forced out of their Blacklion home, Chrysanthemum Cottage, back in October, 2010. 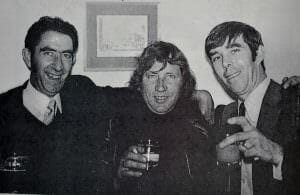 John, Brendan & Shay on a teabreak

Talking to John made us realise that we really knew feck all about Greystones’ history.

Still, John has form when it comes to knowing this town, and its people. Growing up in Grattan Park, his very first job over 60 years ago was as a telegraph boy – and he soon got to know every single address in Greystones, and just about every single person. 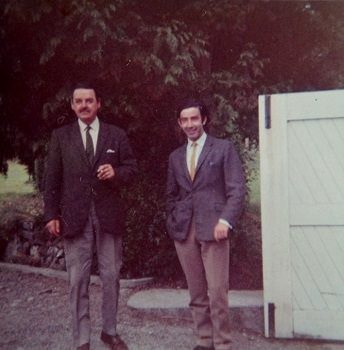 The fact that his family were always working, and capable of turning their hand to just about anything, meant that John was always deeply involved in the town, his delivery van continuing on his father’s horse and dray business of helping Greystonians move their belongings, from hay to beef, and his time as a taxi man alongside his brother joining up even more of those neighbourhood dots.

Turns out the man drove my mum to Holles Street the day she gave birth to me, just as he had done with many of my ten siblings.

“I never left Greystones, not once” finishes John. “I never felt the need. I had everything here, and more. The fishing, The Orchard Inn, the people, the craic… You couldn’t ask for more.”

You’re a gentleman, John. One of Grattan Park’s finest. X