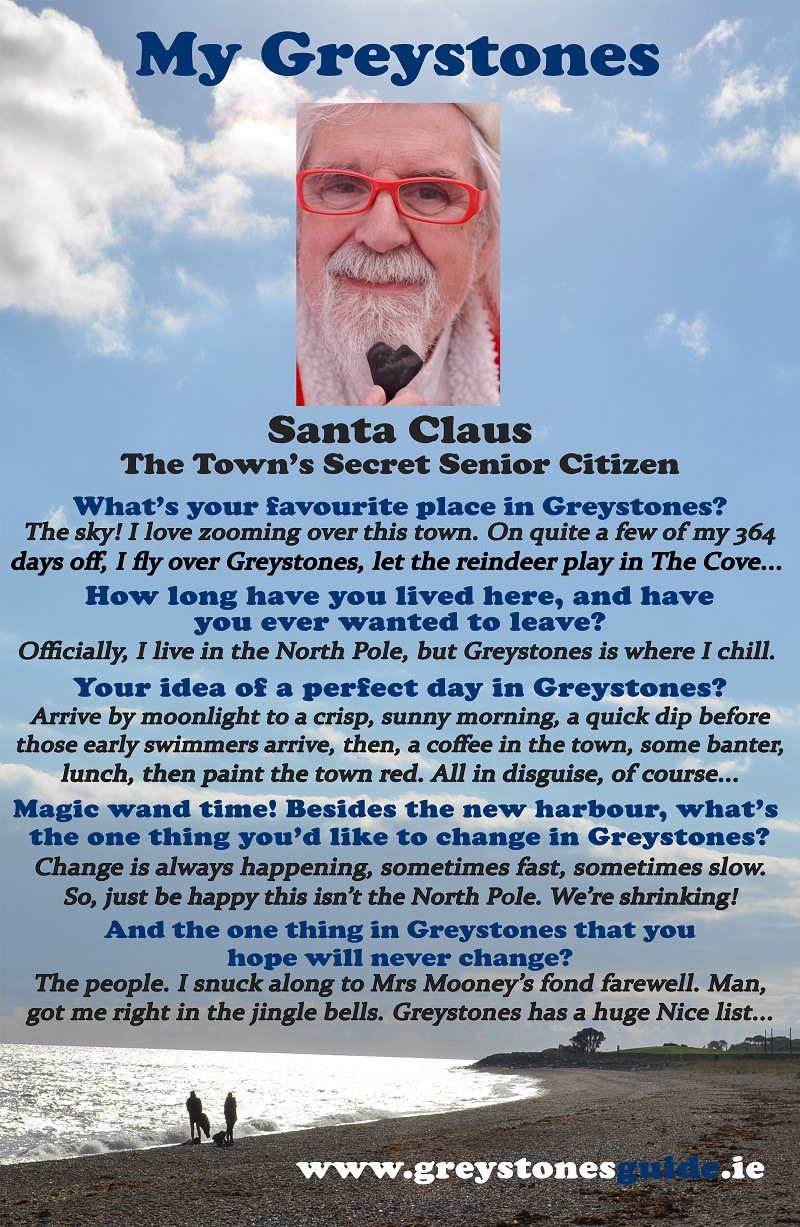 Naturally enough, Santa Claus isn’t all that crazy about giving away the secret identity he uses whenever he hangs out in Greystones.

Which, considering the man basically works just one day a year, is quite a lot. You see, old Saint Nick just loves out quiet little town. “It’s my home away from home,” he explains. “People might be surprised, given that I grew up with snow as far as the eye can see, but I like to chill where it isn’t actually chilly…”

In truth, very little is really known about this most elusive of legends, other than Santa is plainly very generous with his gifts every December 25th, and, of course, he’s North Polish. Everything after that is a mystery.

So, we were delighted here at GG HQ when Father Christmas agreed to take part in our weekly My Greystones column. Mainly because our town is where Santa likes to hang out when he needs a break from all that endless snow and those effervescent elves. 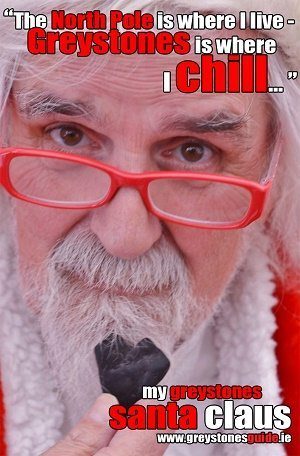 “There’s a cynicism out there in the world today,” states Saint Nicolas, “where people are no longer believing in magic, in that Christmas spirit. Rebels without a Claus, is what I call them. But Greystones doesn’t seem to suffer from such Claustrophobic nonsense.

So, when you’re out and about the town, at any time of year, see if you can spot Santa, and his good lady wife, Mrs Claus, dressed up like everyday people, just soaking up some of that Greystones magic. And don’t be afraid to say hello. It might just lead to a bigger present under your tree.

Speaking of presents, Santa has to start packing his sleigh, but he has some sound advice for everyone in Greystones this Christmas. “Remember,” he smiles, “it’s not how big the tree is, or what’s under it. It’s about who’s around it.”

You can see Santa’s 2015 visit to the Happy Pear here, and, if you’re lucky, you’ll catch him hanging outside this fine veggie emporium every year…

You Wait For Santa All Year

Santa’s Night On The Town

Rebel With A Claus