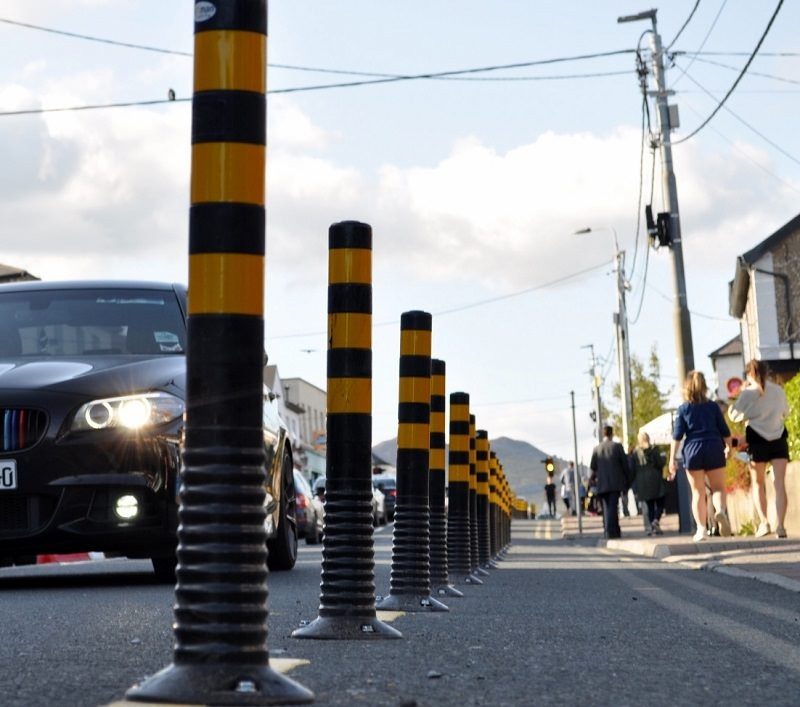 To be fair, Ruairi and the gang down at Greystones 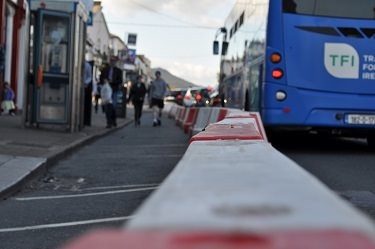 District Council Offices did send out a warning on September 16th.

There were changes afoot along our main thoroughfare, from Mill Road right up through 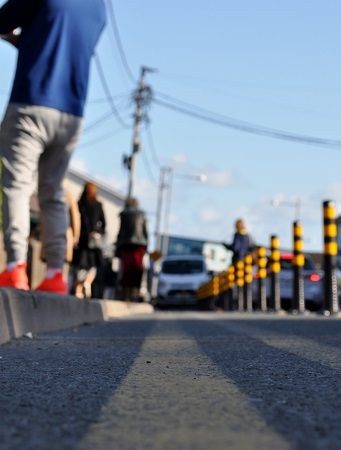 Only trouble was, no one was told there’d be bollards running up and down the town.

Lots and lots – and, yep, lots – of bollards. Sucking up every single parking space, legal and illegal.

Which had a few businesses up in arms. Declan of Fitzpatrick Drycleaners was ready to take Wicklow County Council to, well, you know, when he posted on social media that his 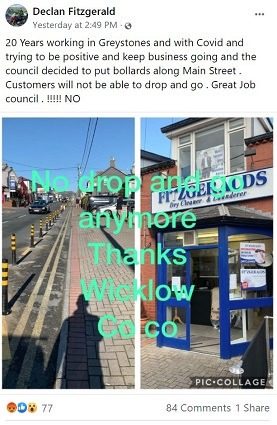 customers could no longer do a drop and run outside.

The comments below the post were divided though, some delighted that people would now be encouraged not to block up the main street, and maybe even have to walk to their destinations, whilst others were notably less impressed. ‘It’s a terrible deface of the town,” reckoned bright sparkie Troy Gillett. “I cannot see the point of it other then [sic] making life more difficult‘, whilst old dog Eugene Finnegan [below] seconded the motion that this was a 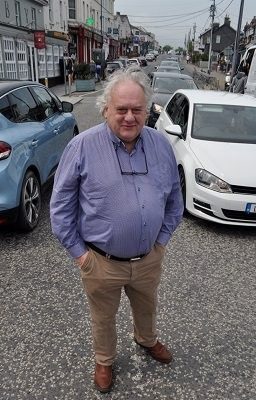 ‘terrible defacing of the town‘ whilst also bemoaning the fact that ‘nobody was consulted as far as I can see‘.

Well, there was that press release, but, it was all a little vague. No mention of even one bollard, never mind 5,327 of the buggers. And when it came to converting ‘existing parking bays along the main road/business street element of Church Road in the town centre to public realm space‘, well, where on Church Road exactly? And 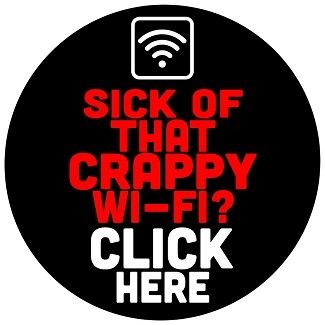 what the frick will this public realm space actually be?

We got in touch with town engineer Ruairi O’Hanlon to try and find out, and he promptly replied…

‘The black ones with the yellow bands are permanent until the end of Covid. The red and white barriers are temporary and will be replaced next week by tree and flower 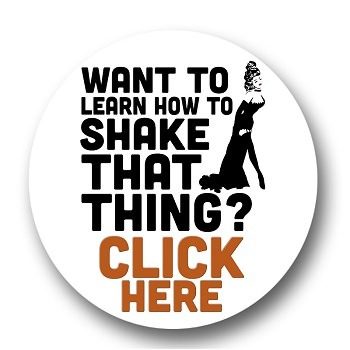 planters. All Covid works as previously described and notified.’

We asked Ruairi to explain where exactly, and what would it all look like, and he promptly stopped replying. You can read those Covid works as previously described and notified here. Whatever about the sense behind the works themselves, the fact that the traders in the town seemingly weren’t given an explanation of what was happening, and what the new Church Road landscape might be, is really the issue here.

As with the closing of the Kilcoole car park in the summer, and the 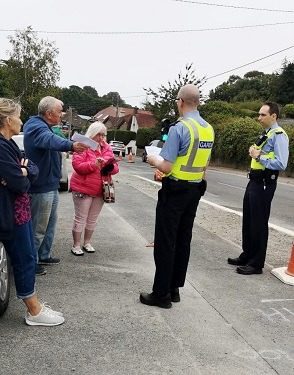 contested new footpath design up in Blackrock, it’s clear that people don’t like waking up to new rules and surprise road works. A little forewarning, and maybe even a drawing or two – sell it if you want people to buy it – can go a long way to alleviating such kneejerk but natural reactions. Otherwise, it’s just the council equivalent of the chair pull.

So, go take a look over those Covid changes in the heart of town. There’s definitely

some common sense in there, as we said – more space for social distancing, and for shops to serve outside, plus bigger paths for the disabled – but it’s still hard to figure out exactly what, where and how the results will be.

In the meantime, we’ll try and unearth some plans from Ruairi, so we can all be ready for this bigger, better, brighter and braver new world he has planned for us…

My husband has a dry cleaning and formal hire business for the past twenty years. He has worked extremely hard to build up a successful business until Covid arrival which has had a detrimental effect on the business.and his ability to pay his suppliers.
Added to This I had a stroke and Declan has to pay my care centre bills. His company is Fitzgerald’s on church road.
Putting bollards up prevents drop offs to his business. I am commenting on this to make aware to ruauri that there’s a deeper story behind the obvious one. Maureen pluck

I’ve taken a look at them and it only makes sense in 2/3 spots, the bollards outside Mooch and Helena Cottage, where the path is extremely narrow and people generally have to pass each other in the road and at a push outside Cafe Grey. The new flowerbeds instead of parking is pure mad, most are located in front of pharmacies and shops who wouldn’t use them (Boots, McCauley’s & BOI). Doubtful Brunels or the Hungry Monk will use the space in front of them so further duds. Ironically there are loading bays in front of Las Tapas who’d probably use them.

Is it true or just a rumour, that the cast iron bollard was sent to Northern Ireland.? Does anyone know? I thought it would be a feature somewhere in the new harbour.

That Paine lad must have got to you. Best to clarify, this is the cast iron bollard that was down on the old harbour pier. Apparently missing in action, the WCC gang said they were going to build a replica and place it somewhere on the new harbour. We’ve emailed to find out if and when. The old granite bollards from the harbour are now part of the new park, as seats…

I know exactly what bollard it is. Why are WCC replacing it with a REPLICA? Why not the original? Where is the original. Beautiful piece of street furniture incorporating the old with the new. WCC, put it back please or was this given away just like the old harbour??