Thank You For The Days: Gerry Fallon

A look back at a full & happy life 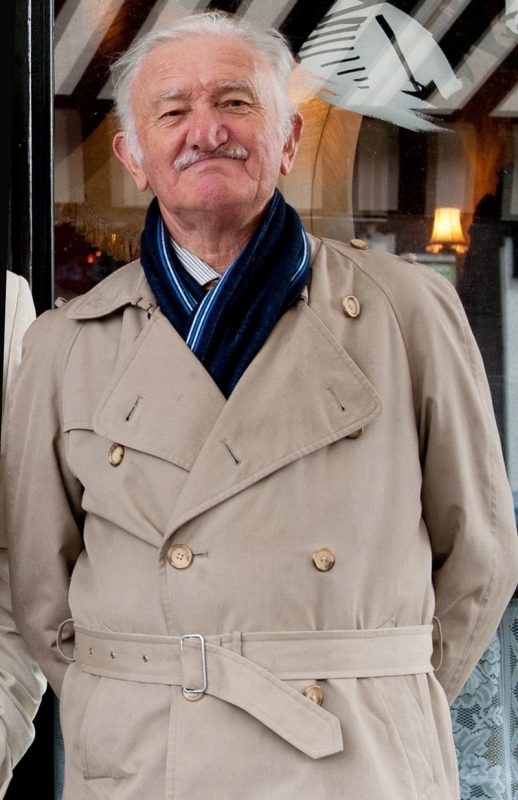 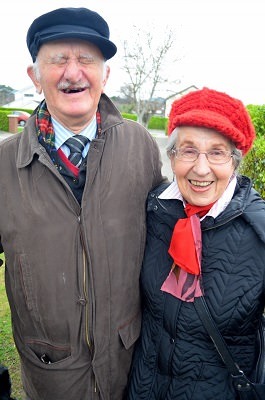 Peggy that Gerry Fallon passed away.

The date was Sunday, May 10th 2020, and when we broke the sad news on the Guide, the whole town seem to go into mourning.

The love and affection that flowed forth from the town or this much-loved Greystones man came as both a surprise and a comfort to not only Peggy but the Fallons’ many kids too.

And, bejiggers, there’s quite a few of the buggers. We’re talking Ailbhe, Paraic and Sinéad, Bairbre, Hélène and Domhnall, plus the bould Rachel.

Which is darn handy for us  when it came to putting a tribute together for Gerry Fallon, having seven budding young journalists ready to fill in the many blanks in this full and happy life… 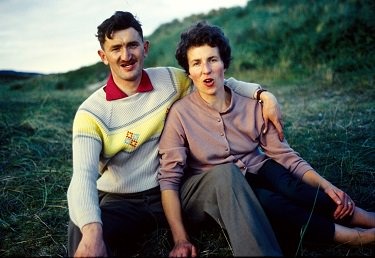 Gerry was born in Liverpool, to Deborah May (called May, below right, in doorway) and Edward Fitzgerald (known as Gerry and later, Gerry Senior) Fallon.

Within months, his parents and Gerry had returned to Ireland, and to Greystones, where he was truly rooted, and where he lived for the rest of his life. His mother’s family owned land and property in Greystones, and grandfather Richard Samuel Webster had developed the main street along Church Road, from the building where Frank Clarke had his barber shop to The Burnaby.

It was there May and Gerry Sr founded and ran the Fallon family business. This was, following Webster family tradition, a wet fish, poultry & grocery store, and a CTN (confectionary, tobacco & news), on the sites between The Burnaby and Scott’s Pharmacy. The family home was at Brentwood (further up Church Road, where the Bank of Ireland is now). Gerry was enormously proud of the business that his parents built, and when he left school (CBS Westland Row) he helped run it, working in the family business until his father died. 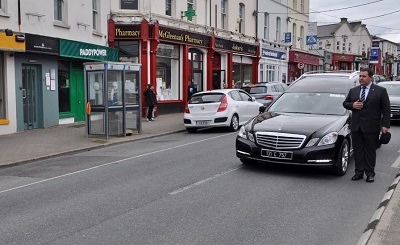 As a youngster Gerry was, by all accounts, full of fun and very mischievous. With his parents working – and his sister Betty pretty much a grown-up – he had free reign at home and in Greystones. Even recently, he took great pleasure in pointing out (from outside Costa in the Meridian Centre) his bedroom and the wall he would scarper along late at night – or early in the morning – to get in without his parents knowing! Friends included The Mul (John Mulcahy, best man at Peggy and Gerry’s wedding), The Bull (Tommy Turnbull) and The Ben (Bernie O’Rourke), and a few others with whom he 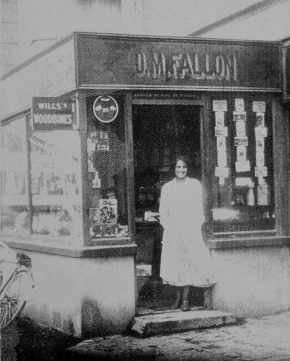 would stay to sleep off the excesses when necessary.

Gerry’s 21st birthday must have been some bash though, as he quit drinking straight after and never drank alcohol for the rest of his life. Mind you, he did make (and enjoy) a mean Sherry Trifle!

Gerry had his rebellious side too, although it was subtle. If told to follow a certain course, especially by someone in authority, he would often do the exact opposite. Rules were definitely made to be

broken. It was for this reason he played rugby, rather than GAA sports, at Greystones RFC, where he was later an enthusiastic supporter, and rugby coach for the youngsters. Rugby remained a great pleasure, whether at a club or Ireland level, and he passed that on to several of his children.

That said, and though a proud Irishman, there was always a part of Gerry that liked the fact that he was born in Liverpool; he was a life-long Liverpool FC supporter. In fact, he’ll probably be lobbying already to make sure that the 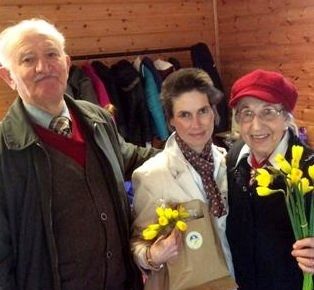 season finishes so that Liverpool wins the Premier League…

He loved to travel, and had seen so many places and had many, many adventures from when he was a teenager onwards. France and Italy were great favourites, and in later years, Germany. In fact, travelling was an integral part of Gerry’s life, as he headed out the road for his Irish Tea Merchants and PBS Sales jobs.

Family was very important to Gerry, and not just his own with Peggy but his extended family with whom he kept in touch wherever they were in the world. He was very conscious that he was the last of his generation.

Peggy and Gerry were generous hosts. The family home in Blacklion, with it’s big back garden, was the scene of many great events, and not just family.

A large gathering of members of the Overseas Club was there in July 1969 as the crew of Apollo 11 prepared to land on the moon, crowded round the television while the sun shone outside. Christmas was always huge, with not only immediate family but bachelor uncles, overseas students at Royal College of Surgeons who couldn’t get home, children and young adults with no families of their own… Gerry and Peggy supported people who came to Greystones from other lands, and the education of youngsters in Africa. 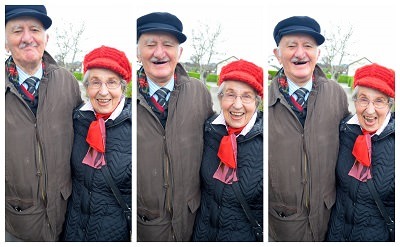 Education in Greystones was also supported: who that saw him can forget Gerry’s role on the tombolla stall at annual fetes at St David’s, sporting a sombrero and encouraging the crowd to part with their cash…?

Gerry was the very definition of a good man; kind, gentle, and always ready to help others.

He had an infectious smile and laugh, and was always a gentleman.

We second that emotion. Gerry Fallon will be greatly missed, not only by Peggy and his family, but pretty much everyone in Greystones who was lucky enough to have known the man…

Remember well, Gerry behind the counter in the shop beside the Burnaby. I was a young fella of ten and I hiked over the pedestrian bridge from Trafalgar road every Saturday to spend my pocket money. Sincere condolences to Peggy and all the family.

One of my earliest memories is my mother bringing me in to Gerry’s shop next to The Burnaby to buy a pencil for school. Sad to hear of Gerry’s passing – another link back to the old shops on Church Road gone but not forgotten.

A Day In The Life: Fiona Roche