That Was One Beautiful Tuesday 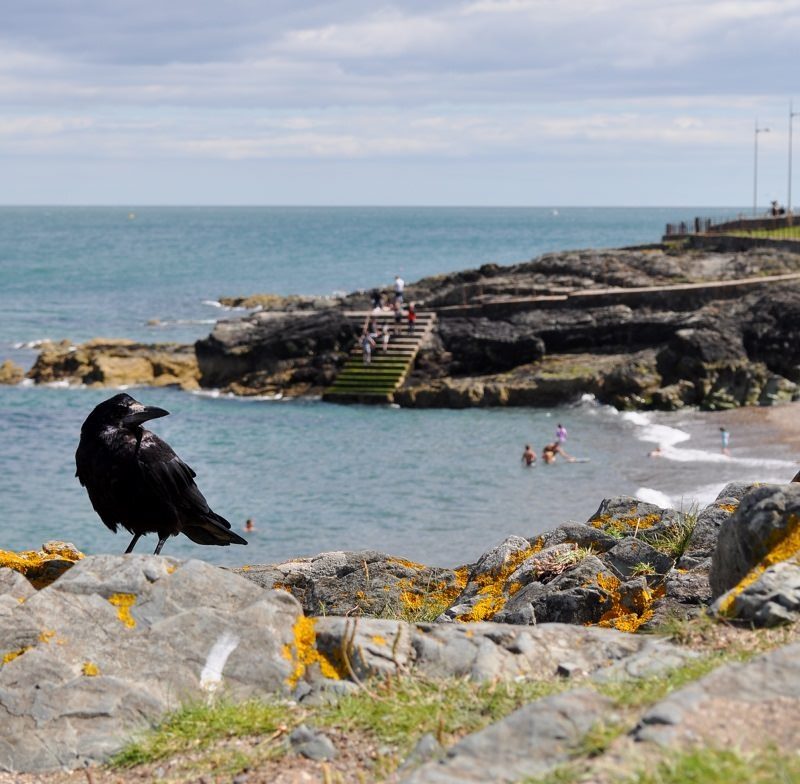 The fact that it’s a Tuesday – a day when, traditionally, 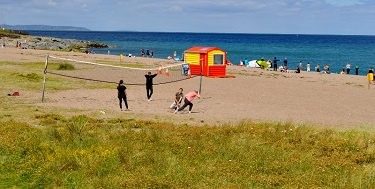 nothing good or even interesting happens 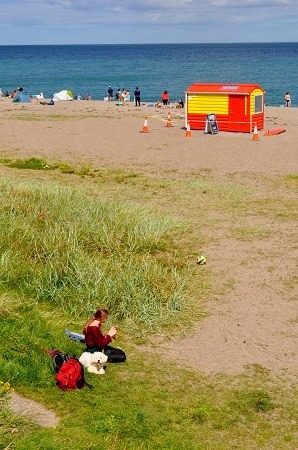 – made today’s sunny afternoon delight all the more rewarding. 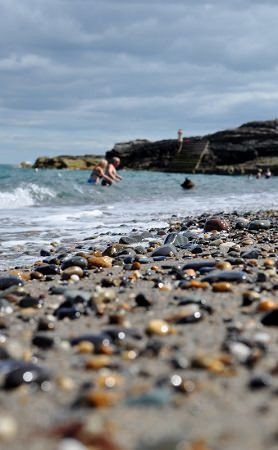 Down on the South Beach, the place was hoppin’, as though every fecker present was taking part in a Berocca commercial. Teenagers playing rough’n’tumble volleyball, families splishing agus splashing in the clear blue water, and the mandatory red-haired colleen reading a well-

Down at The Cove, a group of burly men from a sunnier clime were conducting the sort of Dunkirk dives that 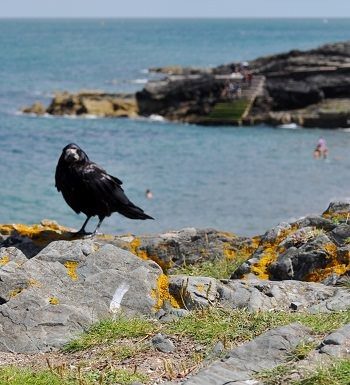 must have caught at least one Holyhead haddock by surprise. As kids with buckets and spades – a nice, unexpected John Hinde touch – were busy making some kind of Mudstock village, an elderly couple chaperoned their burly big German 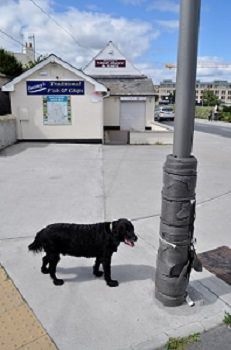 shepherd like he was their one and only offspring.

And what’s with the cockiness of crows these days? And how come they’ve taken over the waterfront, and left the estates to the seagulls…?

Further on down at the harbour, there wasn’t a bench to be had, whilst the queues snaking out of Spendlove’s and La Creperie Pierre Grise only reminded us of the 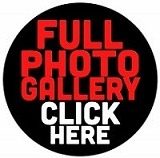 We’ve been in touch, and there will be movement shortly, people. In the meantime, go down and pay homage to that crudely padded light post. Reckon that’s Joe’s handiwork for when his parking doesn’t quite park.

Dang, if a Tuesday can feel this good, better get some whiskey in the flask for the weekend…

All Quiet On The Western Front