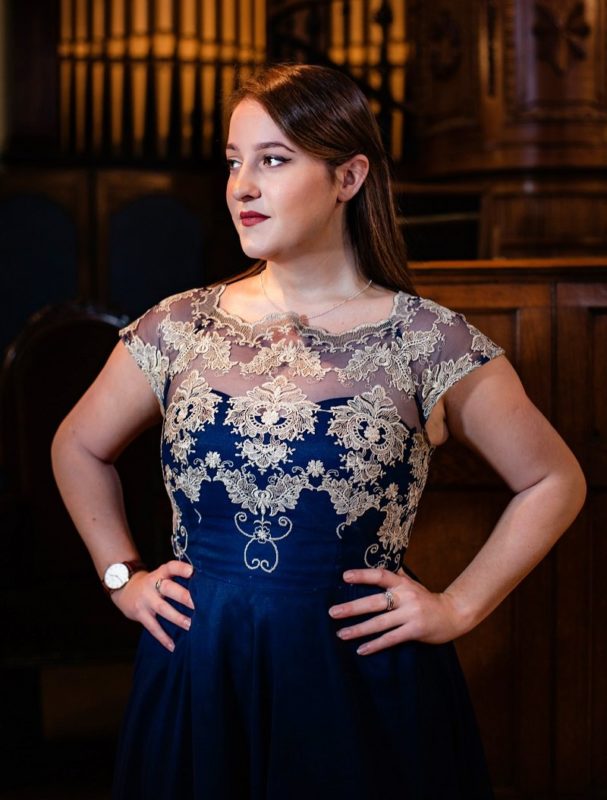 hen we first spoke to Jade Phoenix back in January 2018, it was clear that this Greystones soprano was on a mission from GODS. 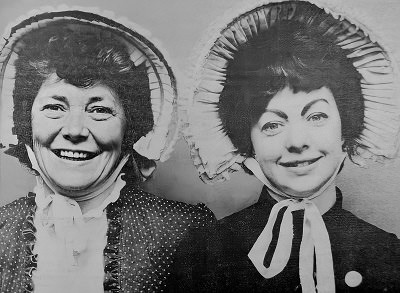 From a very early age, that mission was a life on the high Cs.

And now, following her sell-out Whale debut, Jade is back to headline once again, with a night of Puccini, Mozart and Strauss as well as some old Irish favourites on Saturday, May 14th. Joining in on the night will be bass-baritone Rory Dunne and pianist Andrew Synnott.

And to mark the occasion, we decided to find out where all this music came from… 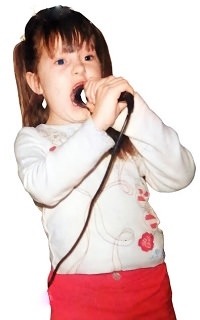 I started singing at a very young age, and my parents noticed it straight away that I had a good memory of melody and lyrics, and was often singing instead of eating my dinner, napping or doing homework.

My mum asked me when I was ten or so if I would like to start singing lesson and I jumped at the chance. I actually started those lessons above The Whale, in the studios with Fiona Hickey. I was under the impression that I was going to be singing my little heart out with Beyonce, Britney Spears or even Hannah Montana!

I was hit with the stark reality that every classical singer starts out with the 24 Italian songs and arias in The Yellow Book. I had absolutely no idea how to sing in Italian or how to read music, or how to follow a piano!

I learned a lot of the basics in those two years before moving on to the incredible Mary Brennan, who has been teaching young singers across the country for many years, producing many of Ireland’s most-loved singers. I don’t know where I would be without her; Mary cares so deeply about her students and I will be forever in her debt for what she has given me. 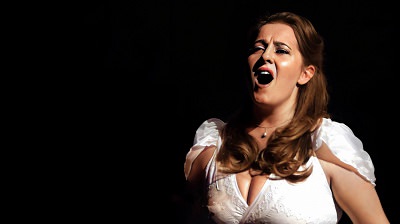 I went on to do my Bachelor’s degree with Mary in the Royal Irish Academy of Music and after graduating I made the decision to emigrate to London for my Masters.

This was particularly difficult as I moved country, alone, during the height of the pandemic; I had to study a lot in my tiny London flat and for a while couldn’t even leave my room because of how bad the pandemic had become.

But things gradually started to open up again and I managed to have a wonderful time in those last 3 months in London. I graduated with First Class Honours under the tuition of Yvonne Kenny. I have been very fortunate to have worked on opera productions throughout the pandemic, my first one being at Wexford Fesitval Opera singing the role of Alice in Verdi’s Falstaff, followed by the Rossini Opera Festival in Pesaro and then back to Wexford again, where I made my debut singing Juliet in Bellini’s i Capuleti e i Montecchi.

Some of the pieces that have shaped me as a singer and have made me laugh, cry or gasp are below; these pieces mean a great deal to me and in sharing them I feel like I am sharing a bit of myself…

Mozart Queen Of The Night aria (The Magic Flute) sung by Diana Damrau
This was the very first aria I ever heard. I was in the computer classroom in primary school and simply typed the opera into Google and this wonderful piece showed up. Known for its stratospheric high notes and its unforgiving coloratura, even if you are not an opera fan, I can guarantee that you will know this piece…

Maria Callas Casta Diva (Bellini: Norma, Act 1)
This list wouldn’t be complete with Maria Callas. Her seamless legato and dark, rich tone has been the envy of many singers for years. She was criticised for years for having an ugly tone, I think that there is beauty in ugly. It’s similar to the saying you can’t have happiness without sadness. How would you know what true beauty sounds like without hearing the pain, the raw emotion?

Luciano Pavarotti Vesti La Giubba
Another must for me is of course, Pavarotti. I know some of you may be thinking why didn’t I chose Nessun Dorma. It’s certainly what Pavarotti is most famous for, at least to the masses. But this piece makes the hairs stand up on my neck and arms and brings tears to my eyes every time. His acting is phenomenal, watching him perform is very personal and so utterly real.

Maria Callas Donde Lieta Usci
I absolutely love Puccini, I hope one day that I will have the honour to sing some of the most beautiful soprano roles written by him. My favourite being La Boheme. Mimi’s story brings me to tears every time, the music is hypnotising. In this aria she is saying goodbye to her love, she knows that she is sick with and will die and she doesn’t want him to have to go through the pain of watching her die slowly and painfully.

Veronica Dunne The Mother
Classical Irish music is often overlooked or goes unnoticed. Some of the most beautiful music that I have had the pleasure of singing has been classical Irish music. My all time favourite is The Mother by T.C.Kelly. This was originally a poem by Paidraig Pearse from the perspective of his mother who had lost her only two sons in the 1916 Easter Rising. The poem states that although she’s is utterly heartbroken, she still has her joy in her pride for what her sons did for Ireland. The only recording we have of this song is by the late Veronica Dunne, it’s some how fitting that one of Irelands most beloved opera singers and teachers should be the one to keep this wonderful piece of music alive.

David Bowie Five Years
I didn’t grow up with classical music or opera in the house, I grew up listening to the Beatles, Simon and Garfunkle and a lot of ’80s rock classics. It would be wrong to not include at least one of those legends in this list. This is probably my favourite David Bowie song.

Performing at The Whale on Saturday, May 14th, you can grab your Jade Phoenix tickets right here. You can find out more about the lady herself here.