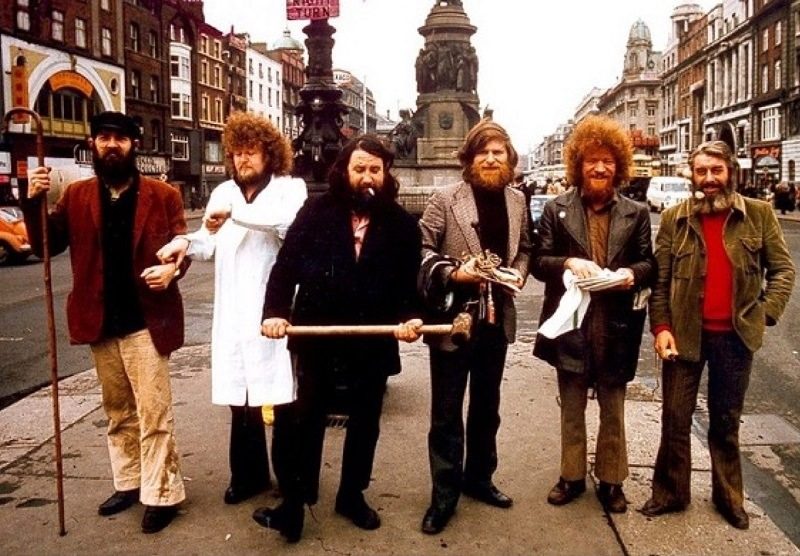 There was a time when, of course, spending the 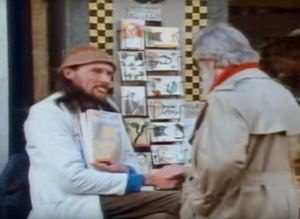 day in Dublin with The Dubliners would have come with a health warning.

By the early 1980s though, the really wild rover days

were behind Ronnie and the boy, given that the ones that were still alive and kicking all had nicehomes to go to. 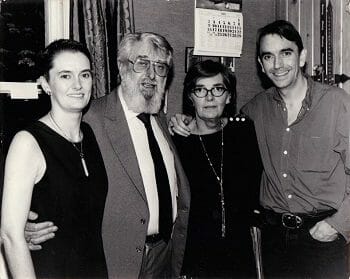 And a wife and childers who might just miss them after a few days.

Whether he was always happy about it or not, Ronnie Drew was synonymous with our capital city, and it was only a matter of time before someone, somewhere put on their Bord Failte thinking cap and came up with the idea of the our man 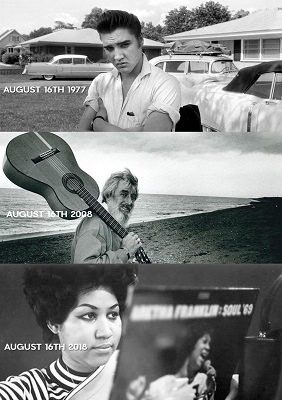 from Greystones presenting a guide to the city that he loved so well.

The resulting 50-minute TV special, imaginatively-titled The Dubliners’ Guide To Dublin, is a fine VHS record of a time and place, not only for Dublin itself but for Ronnie and the rest of The Dubliners too. This was the beginning of the nostalgia years, when Ronnie, Barney, John and whoever else was now along for the ride could be guaranteed a full house of ex-Pats and ex-Marys all over the world. 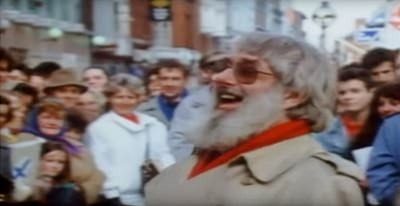 needed another break from the endless touring, and went solo once again.

They may have had plenty of fun when apart, but, there’s little doubti that each member of The Dubliners had the most fun when they were altogether, on the one road, sharing the one load.

And that spark can be witnessed here, as Ronnie and the boys hit Dublin zoo, busk on Grafton Street, and generally try to keep from corpsing through yet another take…

You can go explore some more Ronnie Drew shenanigans right about here.

New Council Houses On The Way