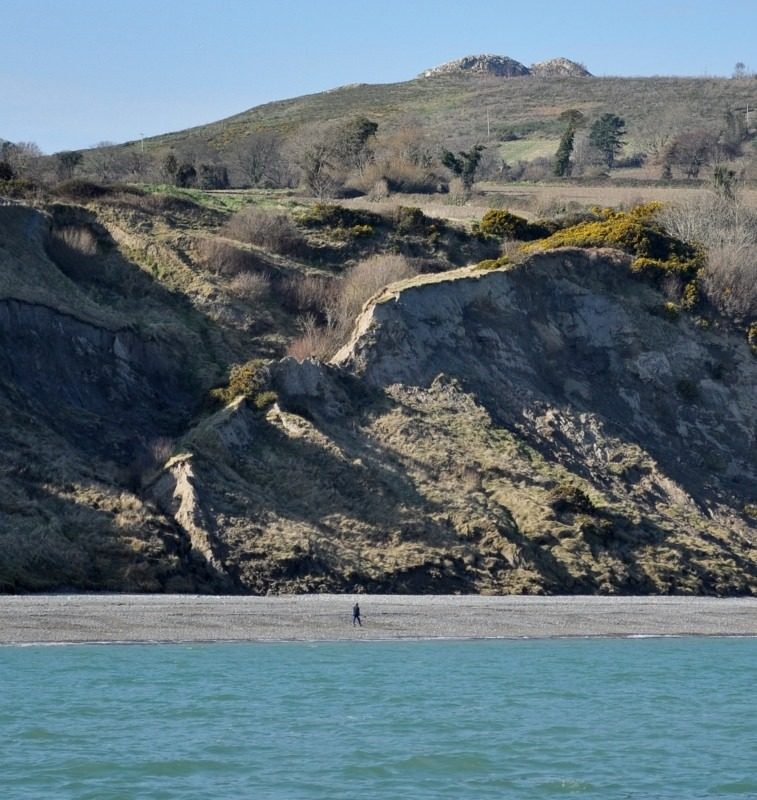 iven that the sun was splitting the sky, 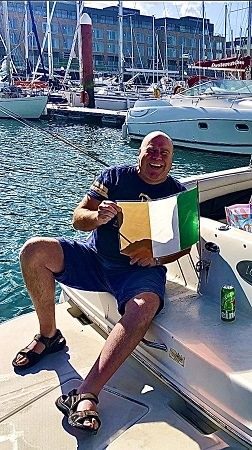 and Capt Hoppo was suited and booted, how could we resist a quick boat ride along the North Beach this afternoon? 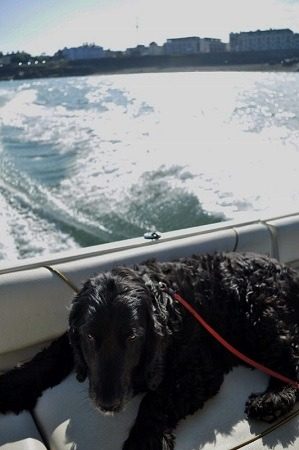 Especially when the good captain mentioned the fact that you could see the recent mudslides from a whole other side.

It had been a while since GG last went out on the open sea, and that Hoppo now had the bigger, better, stronger, faster Unsinkable IV meant we were almost as excited and delighted today as our trusty sidekick, Max.

Coastal erosion is something that Greystones has been struggling with for centuries, and just why, how fast and how soon before it’s too late is something that we’re hoping to discuss with a local expert later this month. The recent mudslides are a different kettle of slippery fish though, with our beloved Cliff Walk – and that handy old railway line – currently being shot by both sides. 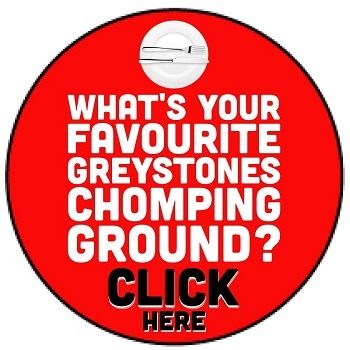 In regard to the mudslides, it’s all about the farming further on up the hill. Over to town engineer Ruairi O’Hanlon…

“I’ve been doing some research into this and most of the farm fields above the walk have drainage ditches,” he explains, “as well as underground land drains that collect water from the fields and transport it quickly and directly to the cliff face – where it’s eroding the cliff. 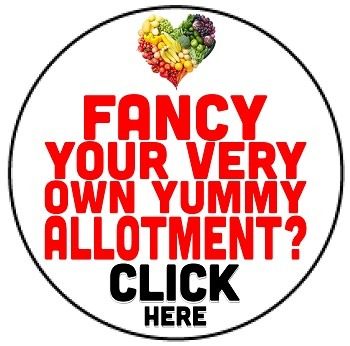 Some of these drains date back to the time that the rail line was being built and were provided to bring drinking and cleaning water for workers at their huts, the ruins of which are still dotted along the coast.

“So, man-made interference over the centuries has expedited the erosion.” 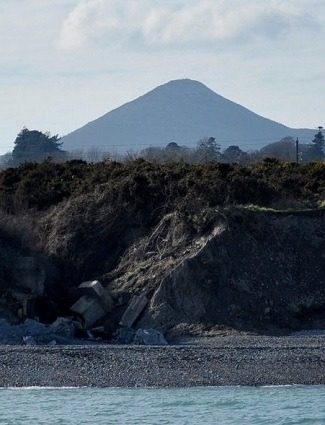 There are, it seems, three possible solutions to this. “Get rid of the land drains and allow for natural, slow percolation of the rain, or intercept them all and direct all that water to a single point, like the stream outlets. The third option that would slow the process would be to change all the farm fields from annual crops to forested land. 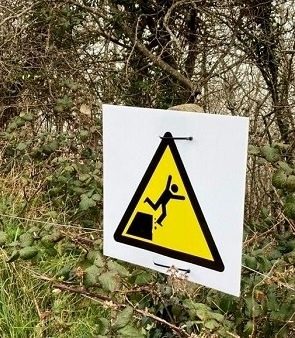 This would slow down erosion, stabilise the ground and the trees would soak up a lot of the rain water – so less of it would percolate to the cliff face. The forests would be good carbon sinks and possibly a nice local amenity woodland too.”

The latter, of course, impacting on the farmers’ livelihoods. And each of these solutions will, of course, cost money.

Right now, the mudslides have officially closed The Cliff Walk, whilst unofficially, there were plenty of feckers and trekkers simply ignoring the signs this afternoon.

Sooner rather than later, some major work will have be done along our coastline. In the meantime though, let’s go bask in all that beauty… 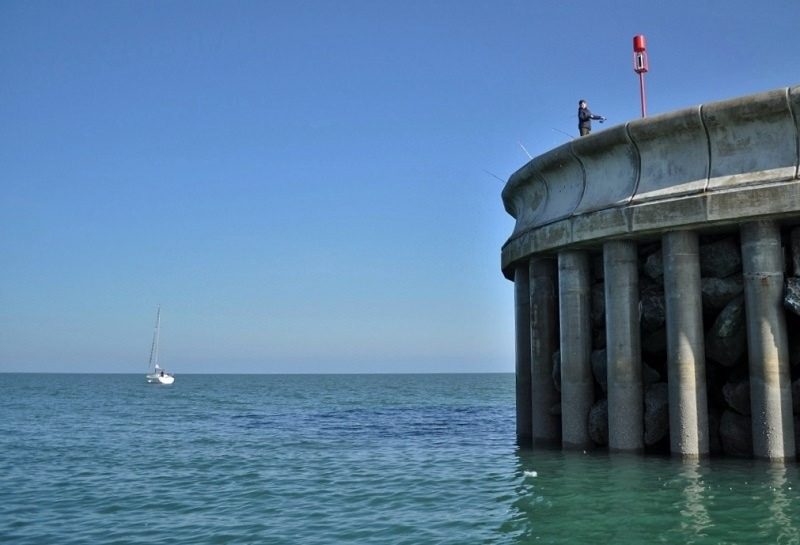 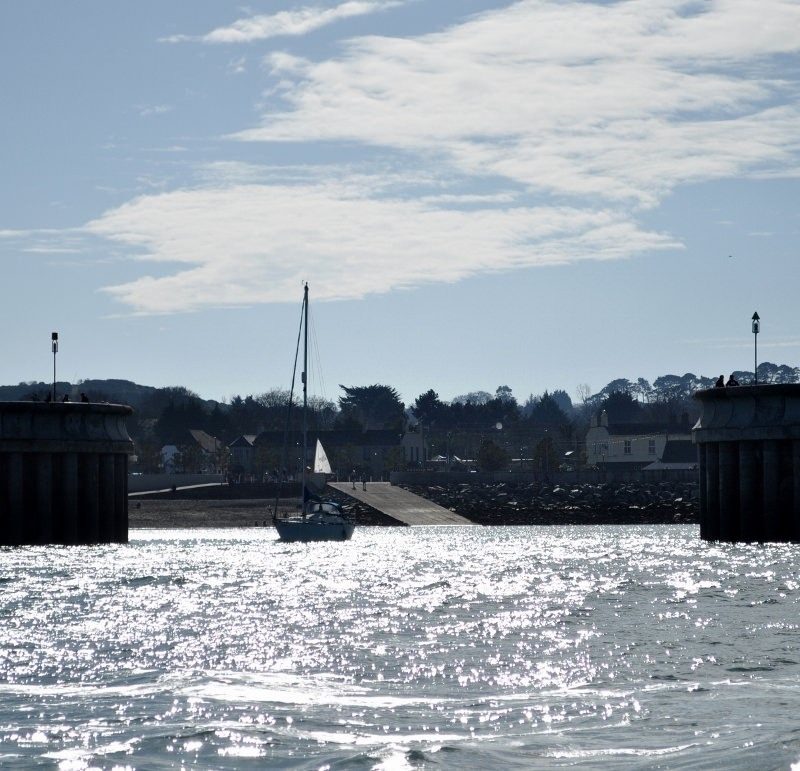 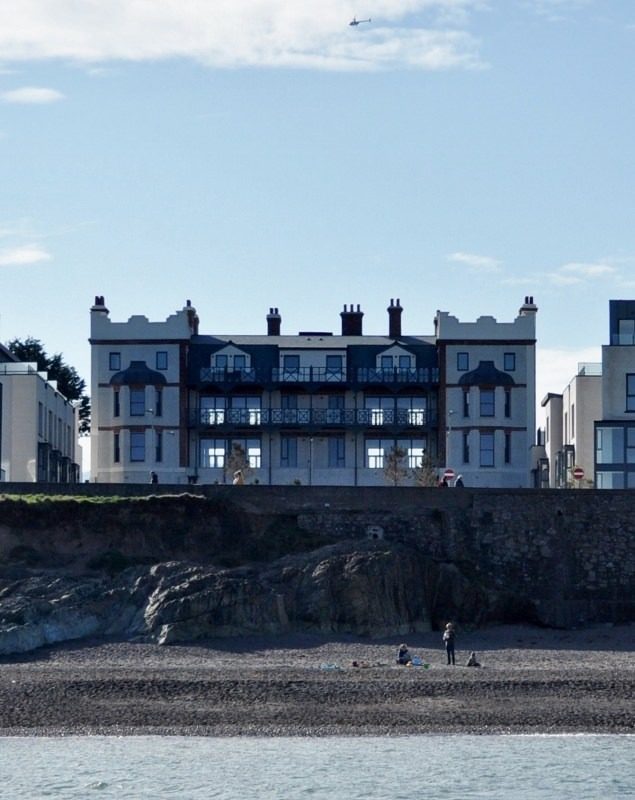 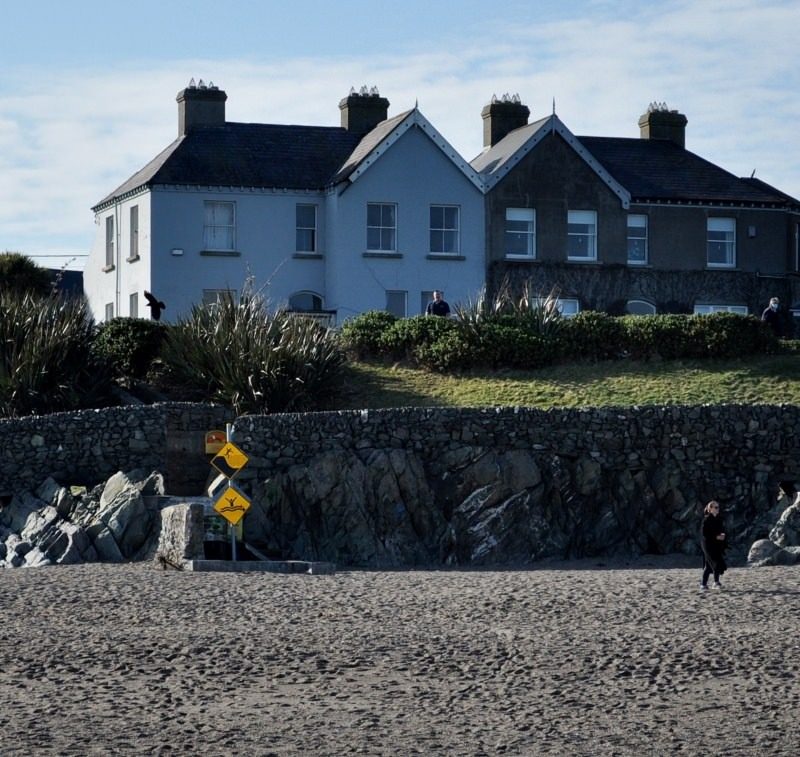 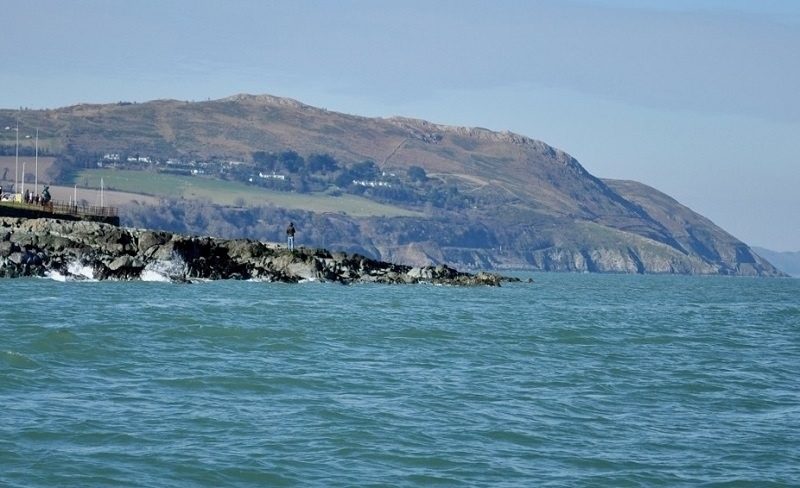 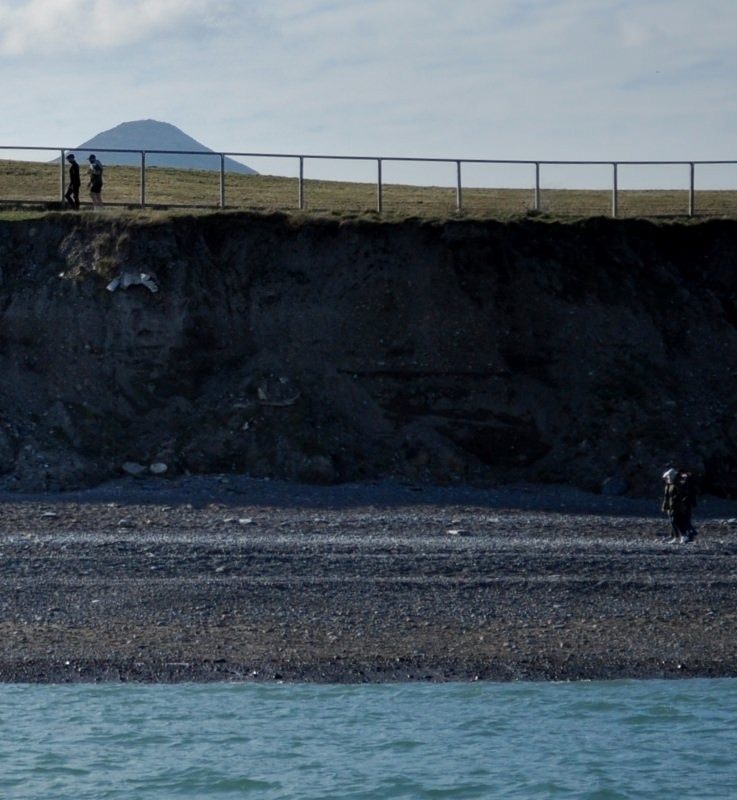 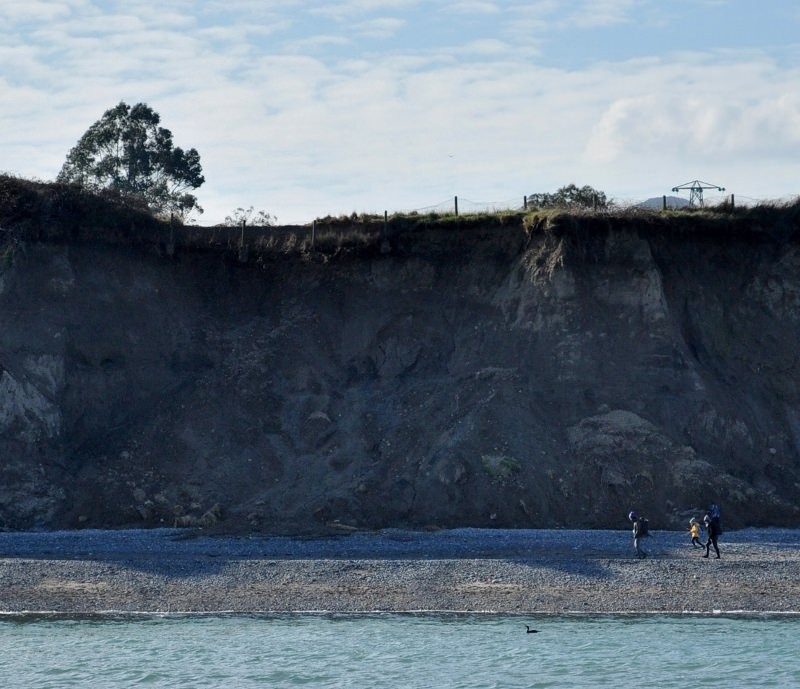 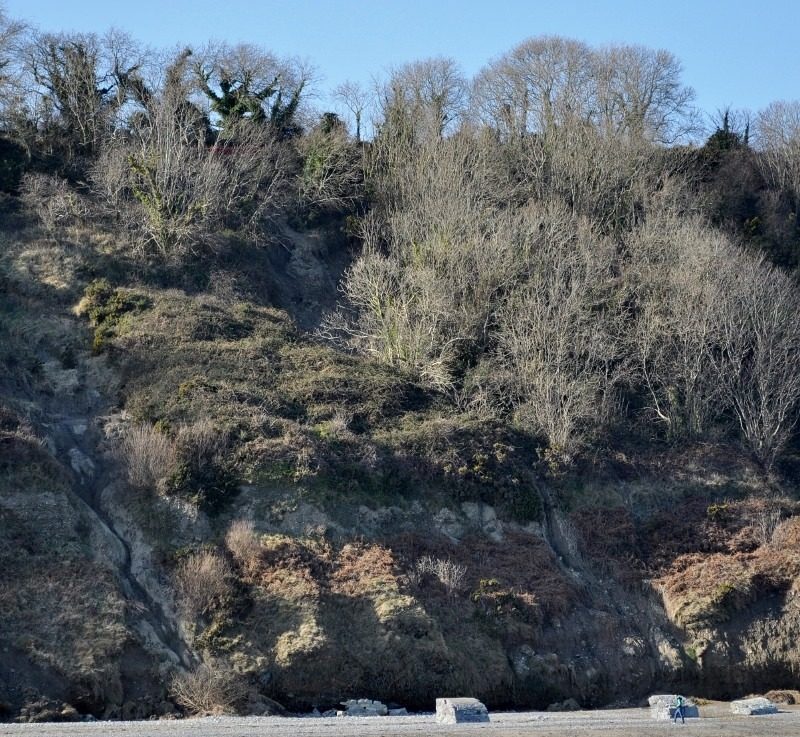 You can take another boat ride along Greystones’ coastline here.