What’s Happening With The La Touche…?

A few days of regrouping and rearming the troops is 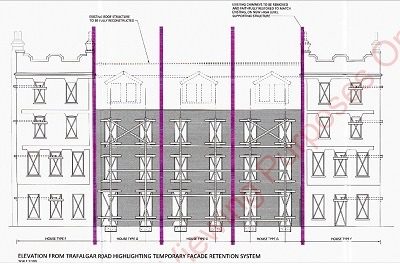 understandable, but, when it comes to the recent site abandonment at The La Touche Hotel, it’s been weeks.

And weeks. And a few days. And counting.

And through it all, being the paper of record for Greystones, we have attempted again and again to get a simple answer from those behind the redevelopment of this Greystones landmark hotel and its grounds into townhouses and apartments.

The question being, of course, why the hell did the site workers all down tools and abandon site? Just 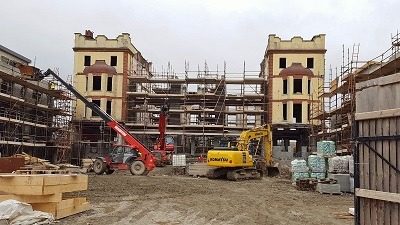 as importantly, given that it’s now a half-finished eyesore, when the hell are they coming back?

It would appear that the bould Sean at Carn Castle is 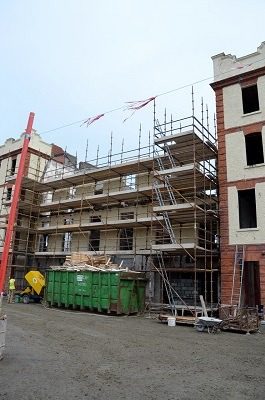 just too busy to get back to us, despite repeated assurances that he would over the past six weeks .

Ditto Priscilla at Carn Castle, who had the misfortune of answering the phone directly when we called just a few days ago. “Sean isn’t here right now,” she told 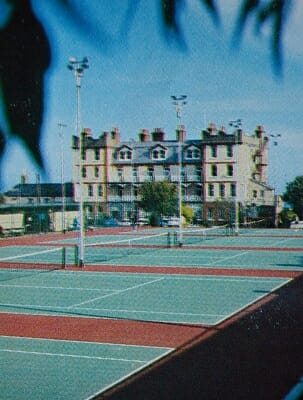 us, “but I’ll get him to contact you when he gets back.”

Meeting one John Little outside the premises last week came with a promise that he would get his people to contact the Guide that evening, to explain what the state of play is.

Again, answer came there none.

You can read the new Safety, Health And Welfare At Work notices on the bordering of The La Touche Hotel here. In the meantime, in the hope that there might be power in numbers, get in touch with Sean, and Priscilla, and let them know that the town would like to know, hey, what’s happening, brother…?

You can contact Sean on sean@carncastle.com and Priscilla on priscilla@carncastle.com. Alternatively, you can call them on 04840638501.

Tell ’em the Guide sent you. With love and kisses.

Some Scaffolding being assembled on the sea side of site today. Circa 3 – 5 people working.

Last week scaffolding was taken down from unfinished block and removed from site. Ominous, to say the least. I tried e-mails to Sean @carncastle and also to architect Igmar Ferreira. To date , no reply from either of these 2 people whose names appear on site notice. Couldn’t make contact with developer Crimson Lane Ltd, address in Dundalk. Hope work resumes soon, but I fear it might be quite some time.

My Lunches With Elvis #18: The Burnaby