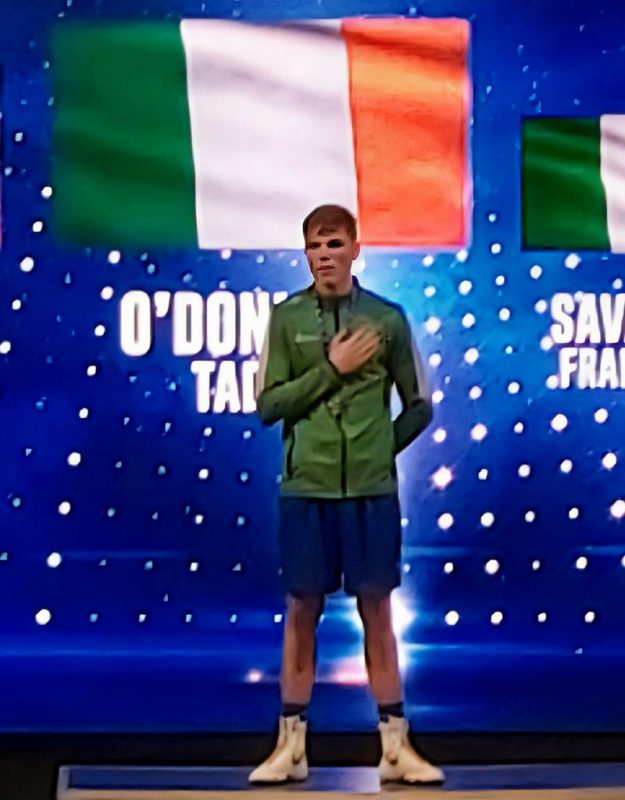 champion in Italy, but somehow, Tadhg O’Donnell has done it.

And the lad has done it in style, with what can only be described as a flawless tournament by the Greystones lad.

There must be something in the water around here.

Then again, this is a boxer who hadn’t dropped a round throughout the five fights leading up to this final, managing to make his way through 15 rounds without ever giving up even one point.

It must have made for a mildly ecstatic journey home on Wednesday, as Tadhg returned with an Irish team declaring two golds, four silver and four bronze medals at customs.

And when Tadhg arrived at Temple Carrig School this morning, the teachers and his fellow pupils were waiting, with a hero’s welcome. Boom! 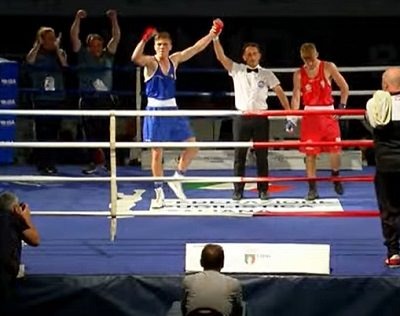 Shout-out to Liberty Boxing Club’s Siofra Lawless too, who reached the quarter finals, beating her German opponent 5-0 before being defeated by the reigning European champion from the Czech Republic. Jodie Byrne from St Teresa’s just missed out on the medal stage too, with the other Wicklow contenders made up of Enniskerry Boxing Club’s Paul O’Toole and Arklow Boxing Club’s Linda Morgan.

We had hoped to have a few words with the boy of the hour, but his manager wants Tadhg to avoid any interviews for now.

So, we’ll catch the O’Donnell further on down the road. Probably in the Horse on Friday.

The Life In Brian