Fresh Out Of The Oven 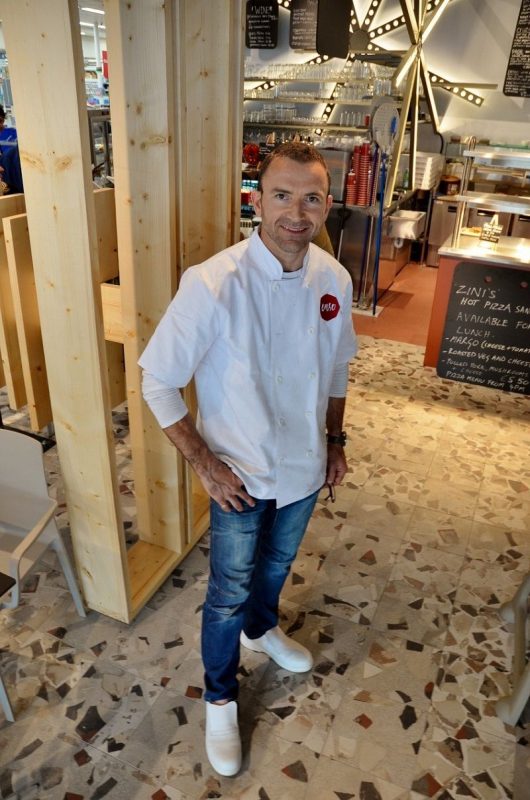 It may just be getting its feet on the floor, 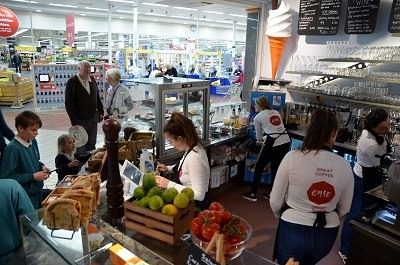 and its dough in the flaming brick stove, but Enso is already hopping.

We had planned to talk with the man 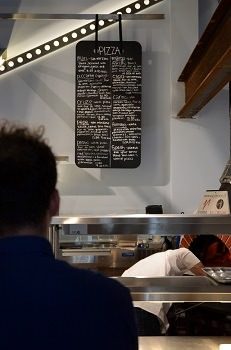 behind Greystones’ new pizza joint last Friday, but, Warren Doyle has been somewhat run off his feet this past weekend.

Which is understandable, given that his new venture seems to have hit 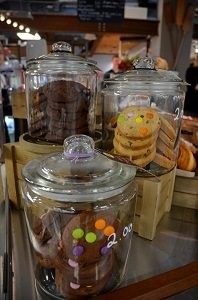 the ground running, and he’s keen to get everything – from the cookies to the coffee, from the Pepperoni to the Marghertia – just right.

This afternoon, with curious shoppers mooching over from Tesco for a cuppa and a cake, and some dedicated followers of pizza grabbing a table, it would appear that, so far, everything at Enso is more than just right. Which is perhaps why it’s taken Warren three days to grab 10 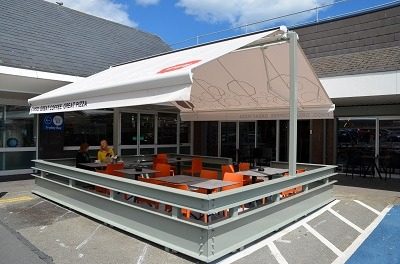 minutes for a chat with GG.

Popping out front of what used to be Cards’n’Things, we’re greeted with the beginnings of a roofed dining patio, perfect for the glorious summer that’s about to hit Greystones. And a

fine spot for checking out your neighbours’ grocery habits too, of course.

Talking of which, Enso will be open seven days a week, sharing the same hours as its neighbour, Tesco.

In the meantime, we decided to ask Warren how an idea on holiday in Asia became a reality in Greystones, one year – and over 5,000 miles – later…

You can check out Enso’s menu here, and can find out more about stuffing your face in Greystones right here.

Kids Dicing With Death Down At The Harbour…?