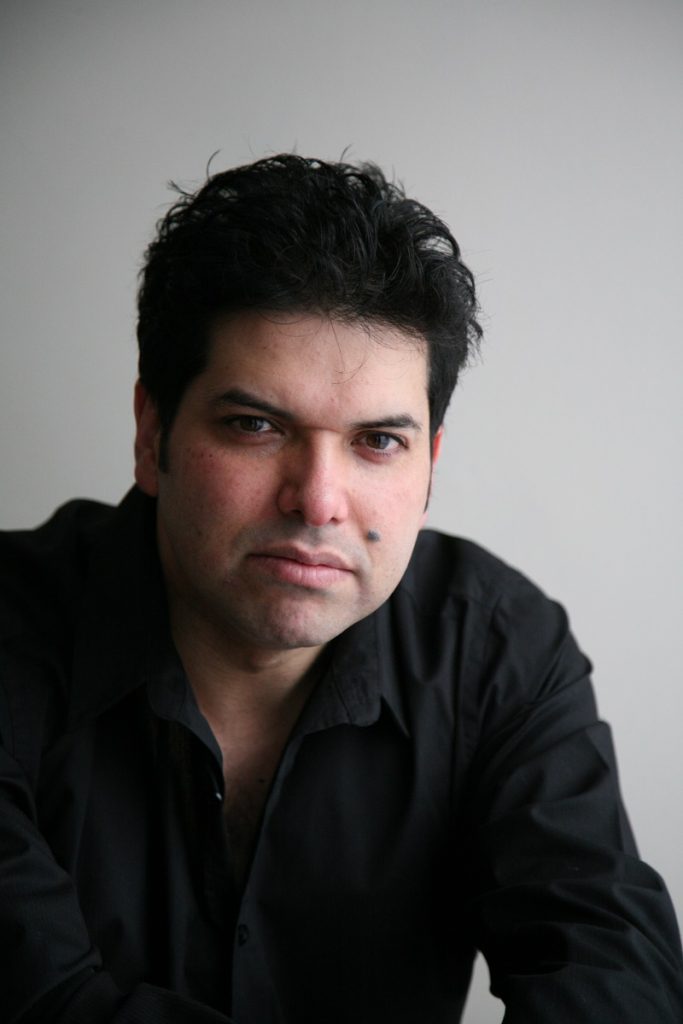 One of the veterans of the Irish comedy scene, Paul 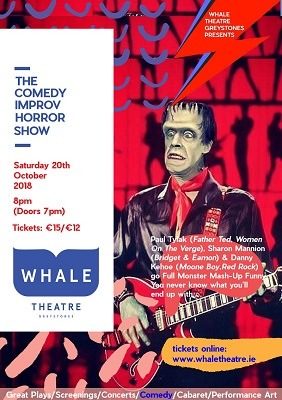 Tylak has been there, almost done that, and is back again, being there.

There being The International Bar on Dublin’s Wicklow Street, the breeding ground for everyone from Ardal O’Hanlon to Dylan Moran, Jason Byrne and, unfortunately, Des Bishop.

Ahead of young Tylak’s participation in The Comedy Horror 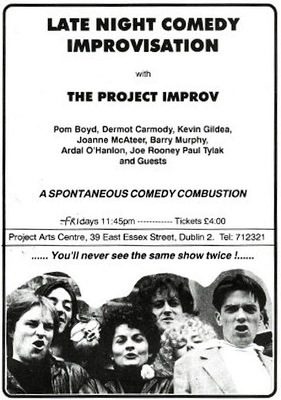 Improv Show in Greystones on Saturday, October 20th, we asked the man himself to tell us all about the reasons he’s been so damn cheerful for most of his life…

I got suckered into this biz by myself. After feeling the amazing buzz of making an audience laugh on the last day of school in England when we were allowed to get up and imitate our 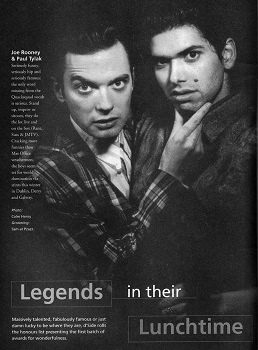 teachers, I was hooked. To feel waves of laughter rippling across a roomful of people my own age, some of whom would have been just as happy beating me up in the school yard, was a complete epiphany, which I have probably been trying to recapture ever since.

I then skipped college and came to Ireland, where my mum lived at the time. My dad wasn’t pleased about that! I originally started 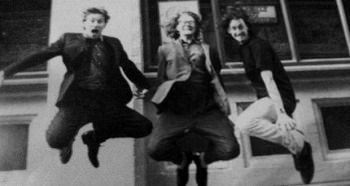 off in the late ’80s doing weird characters between bands, in places like the Baggot and McGonagles, as there was no comedy scene then. Then I hooked up with Joe Rooney and we did the Quacksquad for a few years, mostly sketches, songs and pisstakes of ads, starting off in the International Bar during it’s heyday with the lads from Mr Trellis. Then we started doing skits for Nighthawks, world domination beckoned, then told us to forget it, and eventually we ended up back in the International. I’ve been doing improv on Monday nights there and stand-up everywhere else ever since.

Early to mid- Woody Allen – starting with his 3 books Without Feathers, Side Effects and Getting Even which were actually my first introduction to his comedy, before any of his movies, shortly followed by his audio stand-up albums from the late ’60s. My favourite movie was Zelig, a wonderful comic idea with a central character I deeply identified with, flipping through major world events with seamless technical wizardry, all executed perfectly.

Not a fan of his stand-up, but I do love early Steve Martin movies, especially his Carl Reiner collaborations, The Jerk and The Man with 2 Brains. All of Me was damn funny too, come to think of it.

Have to give an honourable mention to Top Secret by the guys who made the Airplane movies. Packed full of visual puns and really stupid jokes, a belly laugh from start to finish.

Every episode of Fawlty Towers is an unparalleled masterclass in sitcommery.

Ben Stiller, Robert Downey Jr and Steve Coogan are all at their comic best in Tropic Of Thunder, a film throbbing with strange comic energy.

Robin Williams: Live At The Met is the man at his absolute zenith. Mind boggling mixture of well-thought out routines and improv.

Withnail and I is just a perfect film. Richard E.Grant’s performance is just incredible, and there’s so many memorable funny scenes in this poignant, evocative movie, it puts other bigger budget comedies to shame. It captures that ’70s era and the flat-land limbo between leaving college and knuckling down to real work perfectly.

There’s Something About Mary is basically an incredibly tenuous plot held together with unbelievable comic set-pieces, which made me laugh till I hurt!

Life Of Brian is, even the lads themselves admit, the peak of Python. Everything before led to this, and everything after lacked what this had.

Of recent sitcoms, I loved 30 Rock, and The Unbreakable Kimmy Schmidt for Tina Fey’s incredible gag rate and heightened archetypal characters, Veep for accessible political satire (as someone who has no clue about politics), but head and shoulders above everything else these days for me is Curb 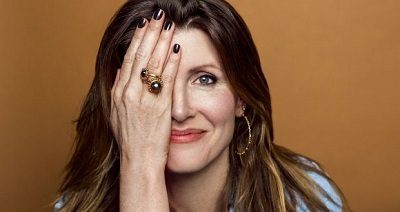 Your Enthusiasm, a deceptively simple-looking show that is so craftily plotted and then executed with such improvisational flair that it just leaves you gasping with admiration while you’re actually laughing.
Should mention too that Sharon Horgan’s current Women On The Verge deserves a special mention – mainly because I appear in it.

You can catch Paul Tylak alongside Sharon Mannion and Danny Kehoe at The Comedy Improv Horror Show. Further details here.