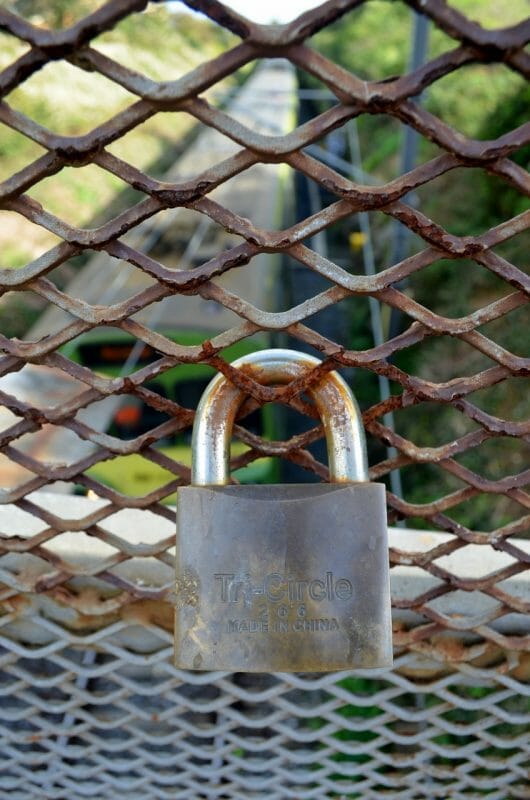 Either some poor unfortunate has had their bike nicked, or a lasting declaration of love has just been made on a small Greystones bridge…

Not quite at the level of the Pont des Arts in Paris – where one million locks weighing 45 tonnes had to be removed in 2015 – this lone padlock on the small pedestrian bridge along the Turnpike might just be the start of something big.

It might even lead to a marriage proposal. In which case, a lock without a key is the perfect metaphor.

below. Not quite sure that Irish Rail would be too happy about any flying bits of steel raining down upon their trains, so, might be best to just pocket that key. Or, if you really want to prove your love, and get some iron in your diet, swallow it.

Given that this is just one lone lock, there’s no telling, of course, if it is indeed a declaration of solid steel 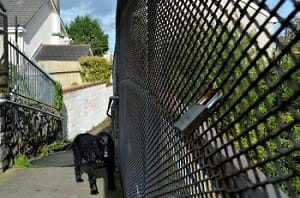 love. Either way, young lovebirds creating shrines to their undying passion for one another on a small Greystones bridge is not something that we should encourage here at GG. Town engineer Ruairi O’Hanlon has enough on his hands already, keeping our town running tickety-boo without having to spend hours and hours and hours hacksawing locks off a bridge railing. Especially with winter fast approaching.

Having said that, Aldi have a Houdini Special at the moment – 100 padlocks for a tenner.

And Your Bird Can Sing