Unsurprisingly, there’s a lot of crying in the 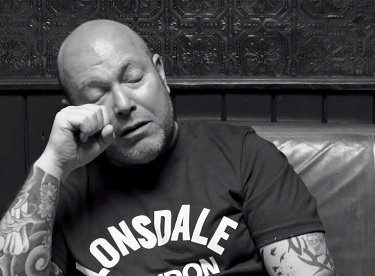 And it means that Endless Sunshine On A Cloudy Day is going to be a particularly tough watch for all those who knew and loved the Greystones girl.

Having lost her battle with cancer last October, Jade never gave up – and, as part of her rage against the dying of the light, she teamed up with award-winning filmmaker John Connors to chart her battle with PEComa, a rare form of cancer.

Said Connors (who broke through as troubled traveller Patrick in Love/Hate before co-writing and starring in 2017’s IFTA-winning Cardboard Gangsters), “this documentary film is for her, and is a part of her very important legacy“.

Due to premier at the upcoming Dublin International Film Festival on March 5th at 6pm, Jade’s father, Anto, also took part in the documentary.

Jade was, says Anto, “Born feet first, breech birth, hit the ground running, a hundred miles an hour. And that was it. Hold on, lads…” With plans to have a Gala screening at The Whale (John’s keen, having missed his last date here), Endless Sunshine On A Cloudy Day may be about a local lass, but her battle against cancer is a universal one. And Jade’s brutal honesty throughout that battle may just prove an inspiration for many of those around the world facing the same struggles…

As for the lady herself, halfway through Connors’ documentary, Jade expresses the simple wish that she could have told her younger self not to care so much about what people thought of her.

We reckon Jade McCann’s younger self would be pretty darn amazed by the powerful, effervescent and strong woman that she became…

You can find out more about Jade McCann here, and about the March 5th premiere at Cineworld here.

Another Feckin’ Win For Temple Carrig