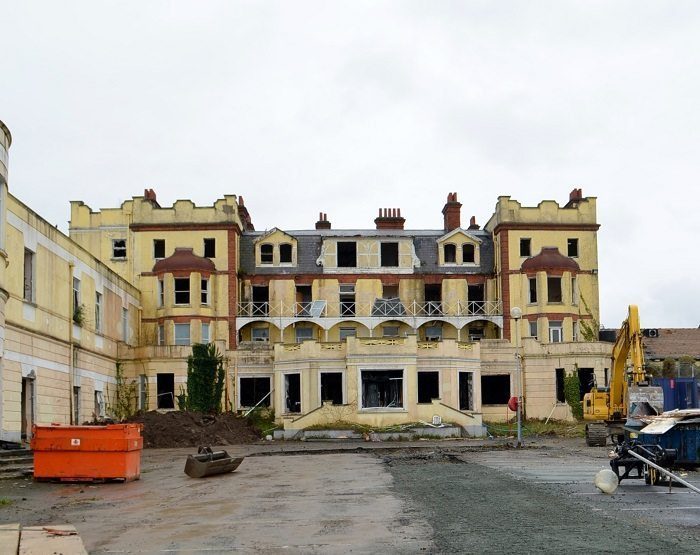 It’s been something of a broken record around these parts 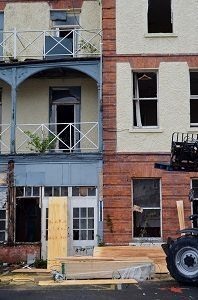 for the last year or so, with claims that work was about to commence on the rundown La Touche Hotel arriving on our desk on an almost-monthly basis.

Well, this weekend, thanks in part to a deadline enforced by Wicklow County Council, it finally

The developers, Crimson Lane, had the diggers in, as the window frames and roof tiles were removed, with the intent of reducing the once grand Grand Hotel to a hollow shell for those luxury townhouses and apartments.

There’s not much point in crying over spilt concrete here, given the long and grinding 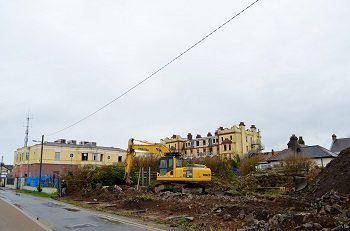 road The La Touche Hotel has taken since closing its doors for the very last time in 2009 – and then slowly turning into the town’s #1 eyesore. What’s done is done, and truly dusted. In 18 months, this will be 22 new houses and 5 tall, terraced homes in the Grand old shell.

It will be something of a relief to see a living, breathing building there once again. Here’s hoping it’s even half as pretty to look at as The La Touche Hotel in its prime…

You can check out all of Greystones old hotels right about here.