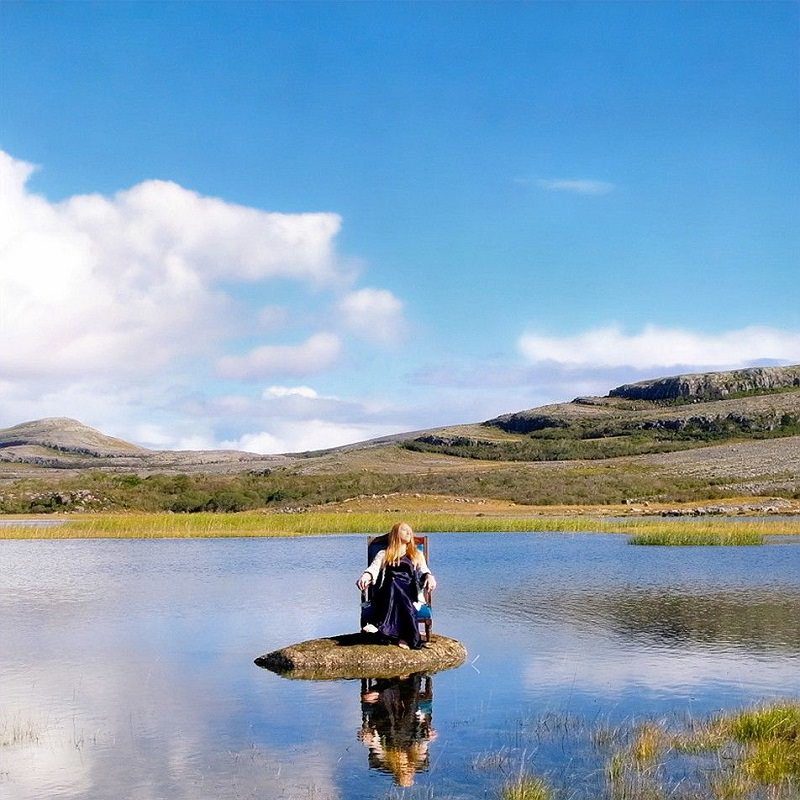 The lady of the lough… Pic: Ógi Doyle

rowing up in Bray’s most musical family, it was pretty much a given that

young Aoife Doyle would also get lost in soul, jazz, diddley-aye, folk and beyond.

Lost in the trad sessions outside their namesake pub, the all-night impromptu jams in a friend’s house, the impulsive gigs with the many musicians drawn into the Doyles’ ever-spinning musical orbit. 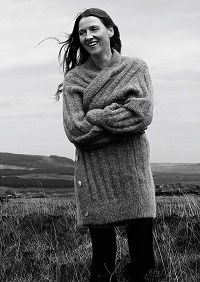 It helps, of course, when one uncle is winning every Fleadh rosette a fiddler could win, and when another is touring the world in Bagatelle.

“I’ve always loved music,” says Aoife. “I started out playing fiddle and progressed to singing. And then, as a teenager, I was in a band called Harmonic Sound with my brother Joe. Making music is just something I’ve always done. And always will…”

Realising early on that writing her own music was key, and that “you never stopped learning“, Aoife went on to lead her own band. And that has led to two albums – This Time The Dream’s On Me (2013) and Clouds (2017) – and now, making Album Of The Week on Lyric FM and The Acoustic Yard Radio Show – Infinitely Clear will be released on April 22nd.

Which makes Aoife’s gig at The Hot Spot that same night one to celebrate. You can find out more here.

In the meantime, we asked Aoife about those songs that can make her break down and cry…

Billie Holiday The Very Thought of You
Hearing Billie Holiday singing The Very Thought Of You was a life-changing moment and the first time I remember hearing jazz. I was around 11 and it was in a movie called Forever Young. I love her laidback singing style and incredibly unique tone which were in stark contrast to the huge vocal range and impressive technique of singers I was listening to at that time (Mariah Carey and Whitney Houston were particular favourites).

The harmony in The Very Thought Of You was one of the most beautiful things I had ever heard and I love the horns. Even the old scratchy record sound was very exotic and intriguing. The feel from Billie and the band is just great.

Ella Fitzgerald How High The Moon/Epic Scat Live 1966 [RITY Archives]
Discovering Ella opened a whole world of vocal possibility. She was a musician and could use her voice like an instrumentalist. In Ella’s singing, I could hear the melisma and ornaments that pop singers like Beyonce were using, but more condensed. She was the source and influence for so many singers that came after her. I used to be able to sing one of her How High The Moon scat solos. But if I were to try it now, I think I’d need to lie down first…

Björk It’s Not Up to You
Bjork is such an incredible artist. Completely original and authentic. She sets the standard for being brave and following whatever creative inkling comes your way. I love the beats in this song and all the clever ways she layers up strings/acoustic instruments and electronics. And when that bass riff kicks in on the chorus it’s such a feelgood moment!

Van Morrison Cleaning Windows
There is so much poetry in Van’s work. I’ve spent a lot of time thinking about his lyrics, especially on Astral Weeks, which is a treasure trove of poetic gems. I love this live version of Cleaning Windows. The energy is just great.

The Cardigans Lovefool
I discovered The Cardigans through the song Lovefool and I became a lifelong fan from that moment. Their album Life is one of my favourites. They’re great musicians. And the arrangements on their songs are quite brilliant.

Pulling Out All The Showstoppers